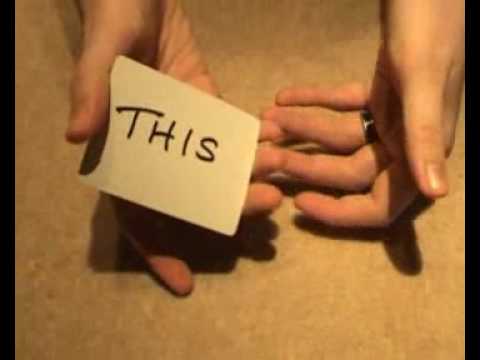 Apparently, this trick by Paul Annett is an old one, according to commenters on YouTube, but I’ve never seen it before, and it deserves it’s own place in the mind-blown magic segments. It’s called This, That and The Other, but really, it should be called HOLY CRAP, CAN YOU DO THAT AGAIN?