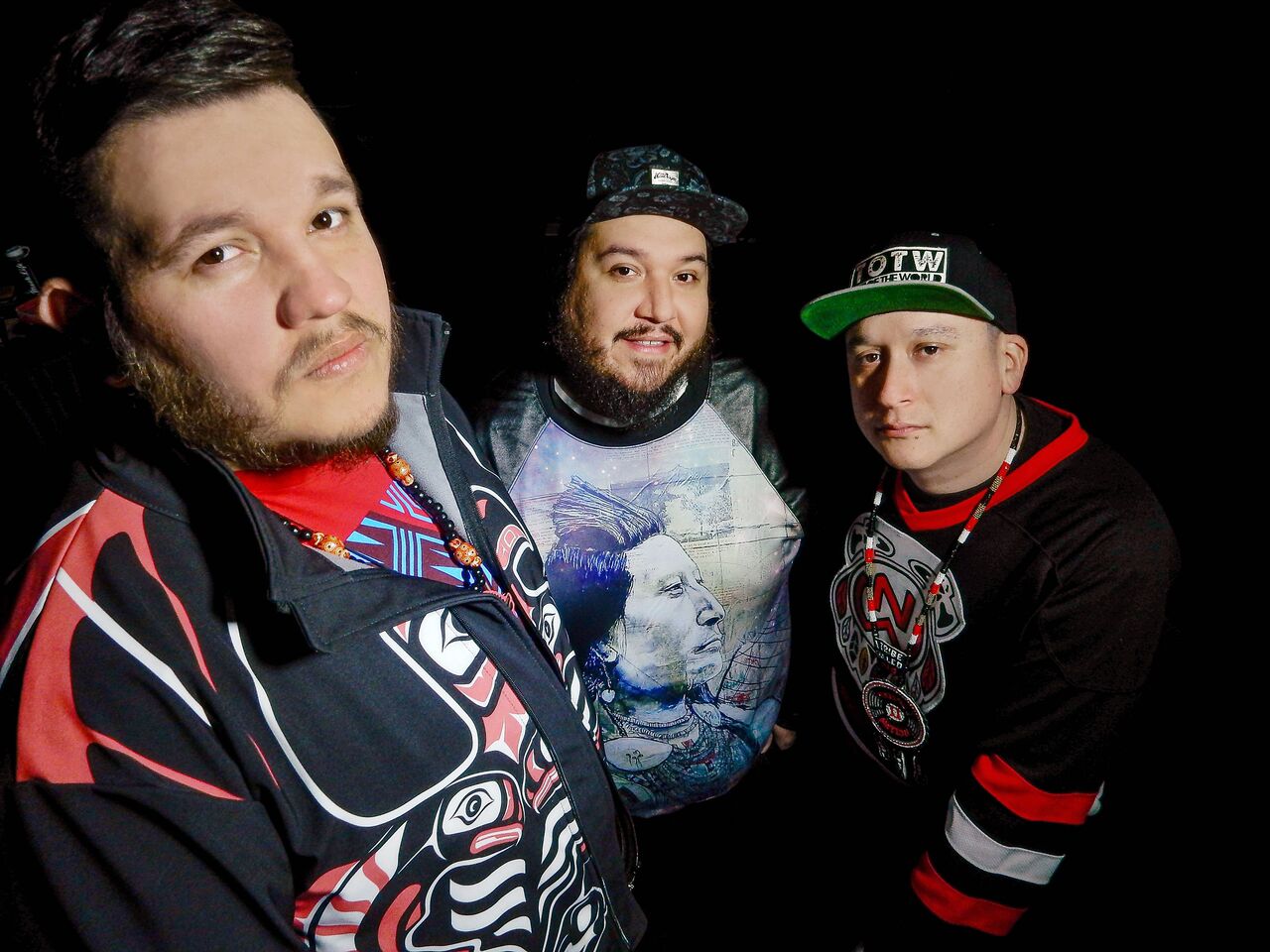 With the release of their Suplex EP under their belts, A Tribe Called Red is ready to bring their live show to First Nations fans across Ontario. The Juno Award-winning, Polaris Music Prize-nominated group will embark on a special tour this August, performing at First Nations reserves (details below).

The tour is made possible with the help of the Ontario Arts Council. The goal is to present top quality shows directly on reserve, by partnering with communities and bringing a mobile stage and lighting on site. The band will perform a show and workshop in most of the communities. Both shows and workshops will be free for the audience and aimed at youth.
Tribe dropped their new EP, Suplex on May 19th (via Pirates Blend in Canada, and internationally on the band’s own brand new label, Radicalized Records). The four-song EP features the group’s signature unique style of traditional Pow Wow music mixed with club sound. This week, iPhone launched their latest commercial, which features the album track, The People’s Champ ft. Hellnback.