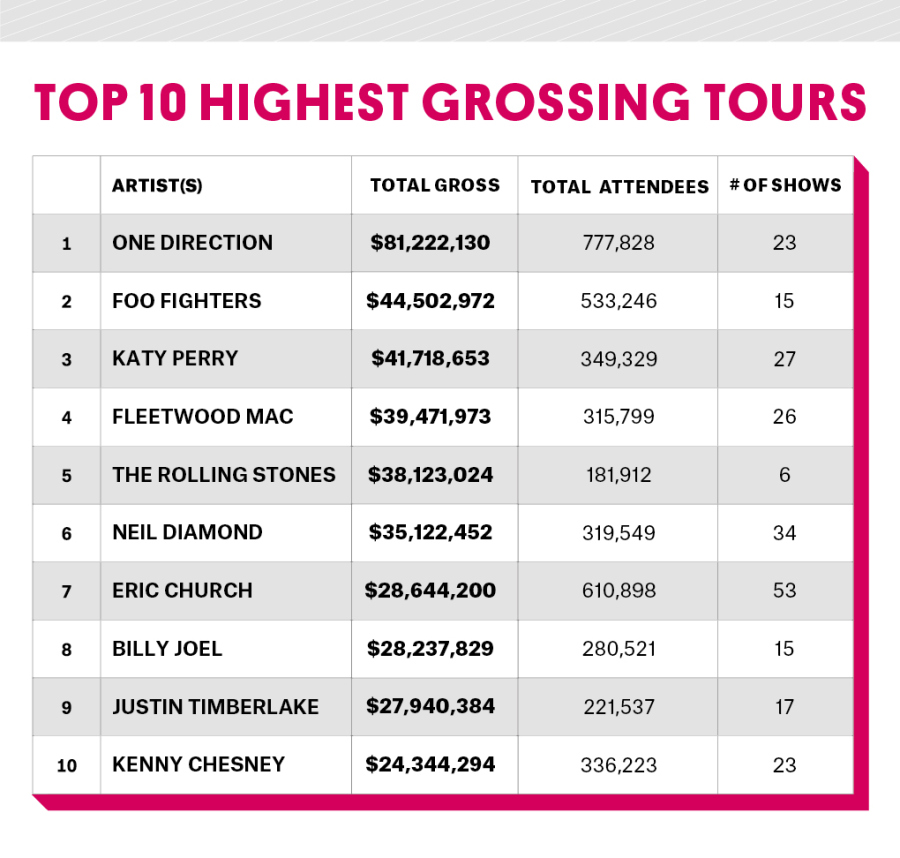 The Stones’ Zip Code Tour of stadiums was just getting underway during the period covered by the Billboard Boxscore midyear recap (Nov. 12, 2014 to June 2, 2015). But the half-dozen shows reported to Boxscore make the Stones the fifth-highest-grossing act for the period, averaging $6.3 million per night.