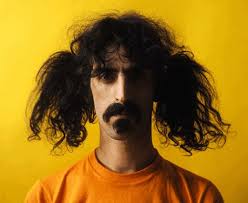 “This is literally an opportunity of a lifetime for me,” says Gail Zappa. “I am universally thrilled with this partnership because the fans will have unparalleled access to Frank Zappa’s Works-the doors to the Vault are now officially WIDE open. I’m especially grateful to announce that Ahmet, my personal Music Sherpa, worked directly with Bruce Resnikoff in creating this relationship and will be taking over the daily operations of the family business.”

“Stepping into this partnership with Bruce Resnikoff and Universal means we get to expand the business and continue to maintain the integrity of Frank Zappa’s entire body of Work,” says Ahmet Zappa. “The fans of Frank Zappa will have more music and more access-when they want it and how they want it. With Universal as our partner, I look forward to bringing to life Joe’s Garage, The Musical, the release of The Roxy Movie, the release of the Disney Hall performance of 200 MOTELS under the baton of Esa-Pekka Salonen and so many more projects of this caliber. I couldn’t be more excited about the future. It has been a privilege working with Gail and I’m passionate about what this opportunity with Universal means for our family moving forward. It is an honor to be stepping into my new role.”

“Frank Zappa is one of the most important and influential artists in music history,” says Bruce Resnikoff, President/CEO, Universal Music Enterprises (UMe). “An artist and composer, his prolific body of work, includes breakthrough and unforgettable rock ‘n roll concept albums. With his legacy protected and guided by Gail Zappa and the Zappa Family Trust, we are privileged and look forward to collaborating and bringing his creative legacy in various forms to his new and longtime fans.”

The first Zappa Records/UMe release under the new agreement will be a remastered 40th Anniversary Edition of Frank Zappa and the Mothers of Invention’s One Size Fits All album, to be released August 14 on 180-gram vinyl. Originally released in 1975, it was Zappa’s final album with the Mothers of Invention line-up, featuring guest vocals by Johnny “Guitar” Watson on two tracks, “San Ber’dino” and “Andy.” Additional releases confirmed for 2015 will be announced.

In 2012, when the rights to the pioneering composer’s masters reverted back to Zappa Records and the Zappa Family Trust-headed by Zappa’s widow, Gail Zappa-the family made his entire recorded catalog available on iTunes for the first time and began remastering the albums from the original analogue masters for reissue on vinyl. Presented with proper care and attention to detail, the releases honor the iconic legacy of the composer, guitarist, bandleader, filmmaker and irrepressible wit.