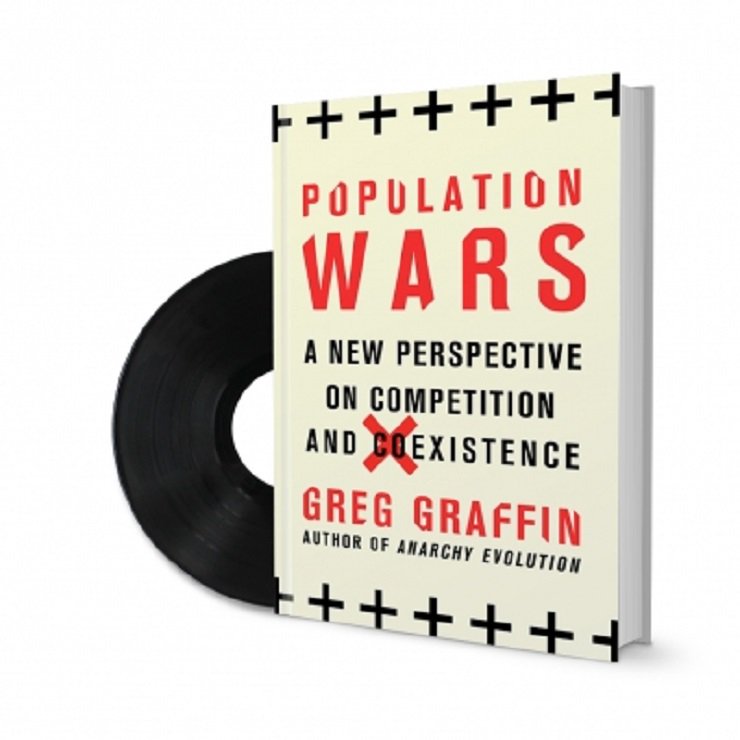 With the Sept. 15th release of his new book “Population Wars”, Greg Graffin further solidifies his standing as a preeminent thinker on the volatile intersection of biological science, religion, morality and popular culture. Few contemporary figures possess as extraordinary a skill set to address these increasingly crucial issues. A renowned singer and songwriter for the influential punk band Bad Religion, Graffin also comes equipped with formidable intellectual standing by way of a PHD from Cornell (Zoology), where he currently serves as a lecturer in evolution.

A prolific musician and author, Graffin wrote “Population Wars” as the follow up to 2010’s critically heralded book “Anarchy Evolution” (Harper Perennial), a provocative examination of the collision between religion and evolution which Kirkus Reviews heralded as “Humble, challenging and inspiring.” With Population Wars, Graffin distills issues of ecology, population management, natural history, and human nature, all the while challenging certain aspects of evolutionary theory that converge on ideology and promote conventional human warfare. Many of these concepts have been touched on in his songwriting over the last 30 years, but with “Population Wars”, they are given an entirely captivating academic treatment.

To mark the release of “Population Wars”, Graffin will embark on a series of special live appearances. These unique events will offer an unprecedented perspective into the longstanding relationship between Graffin’s academic and musical spheres, examining the correlation between song lyrics and topics expressed in his new book. The events will feature some live acoustic performances of songs related to the book interspersed with spoken word and followed with a question and answer segment.

Greg Graffin Population Wars: an event to celebrate the release of his new book: