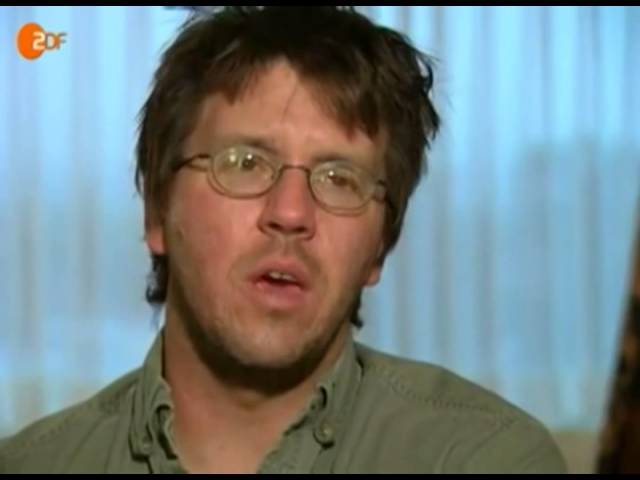 This is the full interview David Foster Wallace gave to the German television station, ZDF, in 2003.

“There’s a difference, though, I think, between being mildly bored and but then there’s another kind of boredom that I think you’re talking about which is um: reading, reading requires sitting alone, by yourself, in a quiet room. And I have friends, intelligent friends, who don’t like to read because they get — it’s not just bored — there’s an almost dread that comes up, I think, here about having to be alone and having to be quiet. And you see that when you walk in. When you walk into most public spaces in America it isn’t quiet anymore; they pipe music through. And the music’s easy to make fun of ’cause it’s usually really horrible music. But it seems significant that we don’t want things to be quiet, ever, anymore. And, to me, I don’t, I don’t know that I can defend it, but that seems to me to have something to do with when you feel like the purpose of your life is to gratify yourself and get things for yourself and go all the time, there’s this other part of you that’s the same part that can kind of, is almost hungry for silence and quiet and thinking really hard about the same thing for maybe half an hour instead of thirty seconds, that doesn’t get fed at all. And it makes itself felt in the body in a kind of dread, in here. And I don’t know whether that makes a whole lot of sense. But I think it’s true that here in the US, every year the culture gets more and more hostile — and I don’t mean hostile like angry — just, it becomes more and more difficult to ask people to read, or to look at a piece of art for an hour, or to listen, to listen to a piece of music that’s complicated and that takes work to understand, because — well, there are a lot of reasons — but, particularly now in the computer and internet culture everything’s so fast, and the faster things go the more we feed that part of ourselves but don’t feed the part of ourselves that likes, that likes quiet, that can live in quiet, you know, that can live without any kind of stimulation. I don’t know.”