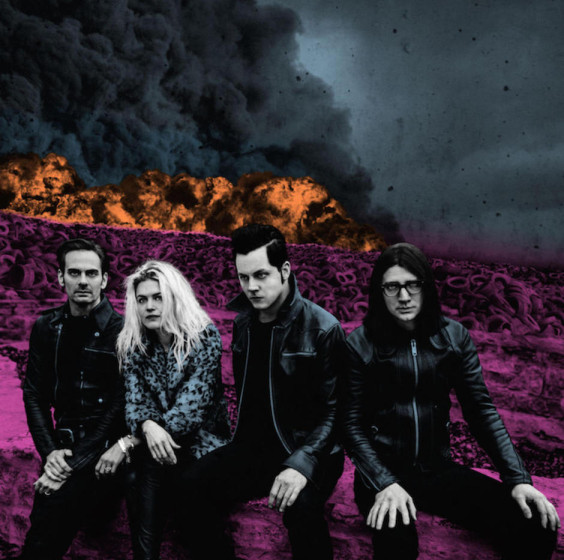 The Dead Weather have started to release technique and instrument-based videos, pulling off this creative idea with real elegance and authority. This first episode features drummer Jack White demonstrating the details of his drum kit within the context of the band’s 2009 debut single, “Hang You From The Heavens.” Jack White designed the kit himself and the incredible team at Ludwig Drums attacked the build with vigor, creating a very unique trap kit. The White-directed video concludes with a live drumming performance of “Hang You From The Heavens,” with an alternate drum beat to highlight the techniques discussed and showcase the band’s inner workings during live performances. The band and Third Man Records will release three more videos, each highlighting the member’s specific instruments and a different song from the band’s career, including tracks from their forthcoming album Dodge and Burn.

Here’s the second of four technique and instrument-based videos. In this second episode, bass deconstructionist, Jack Lawrence, reveals the secrets of how he achieves his distinct bottom end sound for The Dead Weather. Lawrence demonstrates some of his most head nodding bass lines and leaves no question that without the bass, there would be no Dead Weather. The video concludes with an incendiary live performance of “Mile Markers” from the new album Dodge And Burn. Stay tuned in the coming weeks for the remaining two videos of the series from The Dead Weather and Third Man Records.