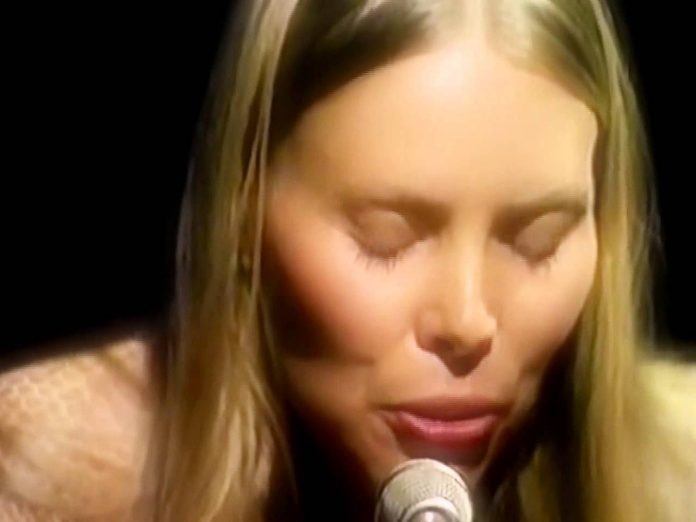 In Vancouver, in June 1970, the fledgling Greenpeace organization made plans to sail a boat into the US nuclear test zone in the Aleutian Islands. To raise money, co-founder Irving Stowe decided to stage a benefit concert, and wrote a letter to Joan Baez. Although Baez could not attend, she sent a check for $1,000, recommended he call Joni Mitchell and stalwart anti-war activist Phil Ochs, and gave Stowe their phone numbers. Both agreed to perform, and the date was set for 16 October, 1970 at the Vancouver Coliseum.

A week before the concert, Mitchell phoned Stowe at his home and asked if she could bring a guest. Stowe covered the phone and whispered to his family, “She wants to bring James Taylor. Who’s James Taylor?” His fourteen year-old daughter Barbara thought he meant James Brown. “He’s that black blues singer!” she said. Stowe nodded, and spoke into the phone, “Yeah, sure. Bring him.”

The next day, they visited a record store and discovered that James Taylor had just released his second album, Sweet Baby James, already at the top of the charts, with hit song “Fire and Rain.” The local producer added British Columbia band Chilliwack, with a hit single of their own, “Lydia Purple.” There was no public advance notice of the mystery guest, James Taylor, but tickets sold out quickly.

Phil Ochs, opened the show and spoke directly to the raison d’etre of the evening with his song “I Ain’t Marchin’ Anymore.” Chilliwack got the crowd into a rock-‘n’-roll frenzy. James Taylor stunned the crowd with his cryptic “Carolina On My Mind” and “Fire and Rain.” Joni Mitchell appeared visibly nervous, still uncertain about her headline status, but her popular songs “Chelsea Morning” and “Big Yellow Taxi” brought shrieks of joy from the audience. James Taylor joined her for an encore, singing Bob Dylan’s “Mr. Tambourine Man.” Irving Stowe raised the peace sign and delivered flowers to Mitchell on stage. After expenses, the event netted $17,000. This money, and the attention from the concert, lifted the nascent Greenpeace to a new stature. Attendance at the meetings swelled, and money poured in.

Via Rex Weyler, director of the original Greenpeace Foundation, in Joni Mitchell: A Tribute To the Artist’