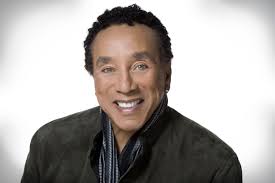 The Rock and Roll Hall of Fame and Case Western Reserve University will honor R&B and soul legend William “Smokey” Robinson during the 20thAnnual Music Masters™ series, presented by Klipsch Audio. Robinson was inducted into the Rock and Roll Hall of Fame as a part of the sophomore class of inductees in 1987. The weeklong celebration, Nov. 2-7, 2015, will culminate with the Annual Music Masters concert on Sat., Nov. 7 at 7:30 p.m. EST at Playhouse Square’s State Theatre.

“Smokey Robinson’s accomplishments as a songwriter, performer, and producer are unparalleled. It is particularly fitting that we honor him this year, the 20th year of Music Masters,” said Dr. Lauren Onkey, Vice President of Education and Public Programs for the Rock and Roll Hall of Fame. “The longstanding popularity and impact of his work shows us the power of popular music in our lives, which is what Music Masters is all about.”

The weeklong celebration begins on Mon., Nov. 2 and will feature interviews, panels, films and educational programs throughout the week, including a keynote lecture at Case Western Reserve University. On Sat., Nov. 7, a conference will also be held at the Rock and Roll Hall of Fame exploring Smokey Robinson’s impact on popular music. Sign up for the Rock Hall’s e-newsletter at www.rockhall.com/e-newsletter/ to be alerted about event details and tickets.

Save for founder Berry Gordy, no single figure has been more closely allied with the Detroit-based recording empire known as Motown than William “Smokey” Robinson. In addition to leading the Miracles, Robinson served as a Motown producer, songwriter, talent scout and Gordy’s most trusted confidant and right-hand man.

Smokey Robinson and the Miracles scored twenty-seven pop-soul hits at Motown between 1960 and 1971, including the classics “You’ve Really Got a Hold on Me,” “Shop Around,” “Going to a Go-Go” and “I Second That Emotion.” The Miracles’ brightest moments on record – “Ooo Baby Baby,” “The Tracks of My Tears” and “The Tears of a Clown” foremost among them – still kindle memories for those who came of age in the Sixties.

Robinson also wrote and produced for numerous other Motown artists, including Marvin Gaye (“Ain’t That Peculiar,” “I’ll Be Doggone”), the Temptations (“Get Ready,” “The Way You Do the Things You Do,” “My Girl”), Mary Wells (“My Guy,” “You Beat Me to the Punch”) and the Marvelettes (“Don’t Mess With Bill,” “The Hunter Gets Captured by the Game”).

Robinson later turned to a solo career where he continued his hitmaking tradition with “Just to See Her,” “Quiet Storm,” “Cruisin’,” and “Being with You,” among others.  In 2004, he released his first gospel album, Food for the Spirit.  His most recent album, Smokey & Friends, peaked at #2 on the R&B charts and #12 on the Billboard 200 and included collaborations with Elton John, James Taylor, Mary J. Blige, and John Legend. Earlier this year, Robinson received a BET Lifetime Achievement Award.

The Annual Music Masters series, a co-production of the Rock and Roll Hall of Fame and Museum and the Baker-Nord Center for the Humanities at Case Western Reserve University, celebrates the lives and careers of artists who changed the shape and sound of rock and roll music. Each year, the Music Masters series explores the legacy of a pioneering rock and roll figure in a range of events that includes Museum exhibits, lectures, films, a major conference and a tribute concert benefiting the Rock Hall’s education programs. Drawing together experts, artists, fans and friends, these events provide new perspectives on the most beloved and influential musicians of the past century.

The tribute concert brings together a diverse mix of artists and musical styles, and as a result, many magical moments have taken place over the years. In 2012, Chuck Berry took the stage, and during a performance of his song “Reelin’ And Rockin’” he surprised the audience with his signature move – “the Duck Walk.”  In 2004, Robert Plant and Alison Krauss performed onstage together for the first time to honor Lead Belly. The pair was awarded the highest honors of Album of the Year for Raising Sand and Record of the Year for “Please Read The Letter” at the 51st annual Grammy Awards. Honoree Jerry Lee Lewis, who was not scheduled to perform at the 2007 concert, was moved to take the stage at the end of the show. Lewis tenderly played the piano and sang “Somewhere Over The Rainbow.” At the first Annual Music Masters tribute concert, Bruce Springsteen set the bar high and performed in honor of Woody Guthrie. The most star-studded and unique performance by a trio was Aretha Franklin,Solomon Burke and Elvis Costello paying tribute to Sam Cooke in 2005. In 2008, a 93-year-old Les Paul took the stage with his trio and then led an epic jam with some of rock and roll’s greatest guitarists, from Jennifer Batten to Slash. Janis Joplin was honored in 2009 by Grammy winner Lucinda Williams with a song she composed especially for the occasion, and in 2010, Dave Bartholomew brought down the house with a performance in tribute of honorees Fats Domino and Bartholomew himself. In 2011, Aretha Franklin was not planning to perform, but at the last minute she requested a piano and took the stage to perform Leon Russell’s “A Song for You,” which she recorded in 1974. During the 19th Annual Music Masters honoring the Everly Brothers, Don Everly took the stage with the rest of the cast – that included Graham Nash, Vince Gill, Emmylou Harris and more – for two run-throughs of the 1957 chart topping hit “Bye Bye Love.”