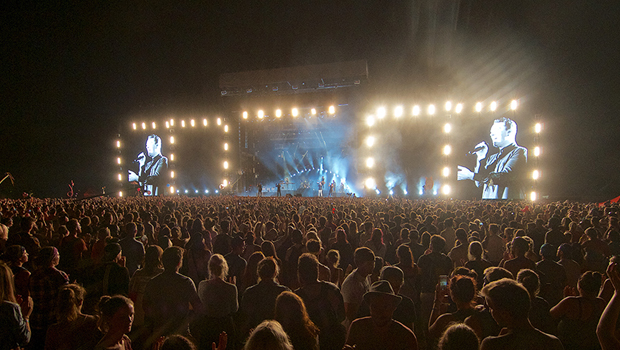 You now have a chance to “tool up” as part of the Ontario College of Trades’ Tune in, Trade Up campaign promoting the skilled trades through the lens of Ontario’s music scene. The College is partnering with DEWALT and Stanley Tools to give 10 lucky winners the ultimate starter tool kit.

Working as a tradesperson in the music industry means you’re part of the success behind massive music festivals across Ontario. Sure, you have your singers and bands playing the shows, but without the tradespeople, there wouldn’t be a stage to stand on. From the heavy equipment operators who prepare the land and the carpenters who build elaborate stages to the many cooks and chefs who feed the large crowds, tradespeople are the backbone of any great festival.

But to have an all-access pass to the music industry, tradespeople need the right tools to get the job done. This is where DEWALT and Stanley Tools and the Ontario College of Trades come in. With the Ultimate Starter Tool Kit (valued at $1,179.00 each), you have the chance to win one of 10:

Visit earnwhileyoulearn.ca/tunein to enter.  The contest runs until Nov. 30. While you’re there, make sure to check out this behind-the-scenes video, which was filmed during this past summer’s WayHome and Boots and Hearts Music Festivals. And don’t forget to follow the Ontario College of Trades on Twitter and Instagram for contest announcements and other updates.