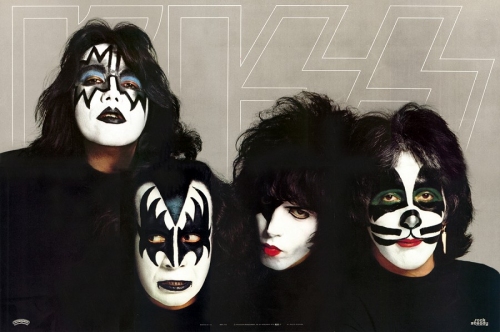 Kiss’ Rock and Roll All Nite was originally released on their 1975 album Dressed to Kill. It was released as the A-side of their fifth single, with the album track Getaway. The studio version of the song peaked at No. 68 on the Billboard singles chart, besting the band’s previous charting single, Kissin’ Time (#89). A subsequent live version, released as a single in October 1975, eventually reached No. 12 in early 1976, the first of six Top 20 songs for Kiss in the 1970s. Rock and Roll All Nite became Kiss’s most identifiable song and has served as the group’s closing concert number in almost every concert since 1976. In 2008 it was named the 16th greatest hard rock song of all time by VH1.

Since the release of Rock and Roll All Nite, you can find it on 24 separate Kiss albums and official compilations, including the Scooby-Doo! and Kiss: Rock and Roll Mystery movie.

…and here’s the track without vocals.