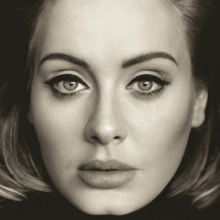 Do you want to know why Adele’s “Hello” is a critical and commercial success, topping the charts in 28 countries including the United Kingdom and the United States, where “Hello” became the first single ever to sell one million downloads in a release week? Or why it has since compiled over 100 million views on YouTube within 5 days? Or perhaps the reason it is the second-fastest video to hit 100 million YouTube views ever and the fastest to reach 100 million on Vevo previously held by “Wrecking Ball” by Miley Cyrus back in 2013? Or the compelling answer as to why the song reached number one in the UK Singles Chart, with a combined first week sales of 330,000 copies? Or the reason the song sold 1,112,000 digital downloads and 61.2 million streams in its first week, resulting in “Hello” debuting at number one on the Billboard Hot 100?