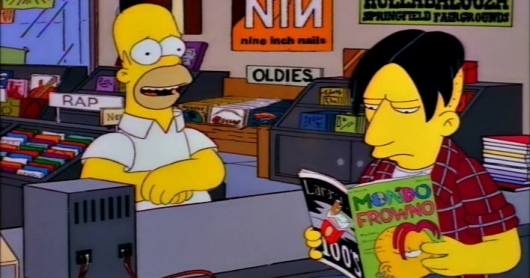 It's that time of the year again, where websites, blogs, news media outlets and generally happy people endeavor into creating their Best Of The Year lists, highlighting works that will surely stand as their choices for high-water marks for music in 2015. You'll find a fairly diverse range of opinions, but all of their choices contain within the power, beauty and commitment to the art form, no matter how you chose to consume music these days. So, go ahead - choose a list. Many of them link up to a Spotify, Pandora or YouTube playlist so you can hear and see people's choices. The big winners from the critics include Adele, Sufjan Stevens, Grimes, Julia Holter, Sleater-Kinney, Courtney Barnett, Father John Misty and a whole lotta Kendrick Lamar. But, above all, you'll no doubt find one or two hidden gems in each critic's choices. I'll be updating this list daily, so if you have a list published, or want to direct me to one, please let me know by email EAlper@EntOneGroup.com

You'll notice, there's no worst of, or most-overrated lists below. You can easily find those by just hanging around social media for a moment or two. I choose to celebrate the great, not slam. And by the way, if you're looking to see what topped the list in 2014, you can go here to find all the year-end lists - over 1,100 of them, all in one place.

My choices?
Best Album: Courtney Barnett, Sometimes I Sit And Think, And Sometimes I Just Sit. I missed her at SXSW. I missed her in Toronto. This won't happen again. This album sound so easy to make, but that's just how good she is. It's an instant classic, beautifully natural, exhilarating and brilliant.
Best Artist: Justin Bieber/Adele/Taylor Swift. Justin, for what is the feel-good story of the year, and a rule for anyone: Focus on the music. Nothing else matters. Adele. Apparently she put out a record this year. Kidding. 25 debuted at number one in more than 20 markets and broke first-week sales records in multiple countries, including the United Kingdom and United States; in the US, the album sold 3.38 million copies in its first week of release, marking the largest single-week sales for an album since Nielsen SoundScan began tracking point-of-sale music purchases in 1991. When was the last time an artist had an impact to have people buy and/or listen to an album like this? Taylor Swift, she was everywhere, but it's her keen sense of social media and outreach to fans that make her #1 in my book.
Best Canadian Album: BadBadNotGood and Ghostface Killah/Sour Soul. eOne Music Canada put this out. I did PR. I haven't been this honoured to work a record since J Dilla's Donuts. 25 years from now, your kids will be listening to this collaboration.

The Young Folks' Favorite Music of 2015
YouTube's 10 Most Viral YouTube Videos
YouTube Rewind 2015. Celebrating the videos, people, music and moves that made 2015