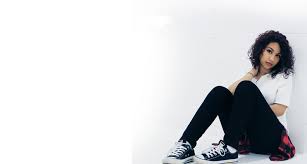 At a press conference held today, CTV and The Canadian Academy of Recording Arts and Sciences (CARAS) delivered a sneak peek into the high-powered lineup of chart-topping artists that will perform on CTV’s broadcast of THE 2016 JUNO AWARDS. Brampton, Ont. native and breakout pop-R&B artist, Alessia Cara is the first performer confirmed to c$aptivate the JUNO crowd. THE 2016 JUNO AWARDS airs Sunday, April 3 on CTV and CTV GO from The Scotiabank Saddledome in Calgary, with broadcast details to follow.

“Undoubtedly one of the hottest artists in music right now, Alessia embodies why Canadian music is dominating the charts internationally,” said Randy Lennox, President, Entertainment Production and Broadcasting, Bell Media. “With more performers to be announced in the coming weeks, this talented, young artist is setting the stage for what is guaranteed to be a spectacular show.”

Just in time for the holidays a limited amount of tickets will be released for THE 2016 JUNO AWARDS Broadcast and go on sale this Friday, December 11 at 10 a.m. MST. These specially priced tickets start at $34, and are available through the Scotiabank Saddledome Box Office, by phone at 1-855-985-5000, and online at ticketmaster.ca.