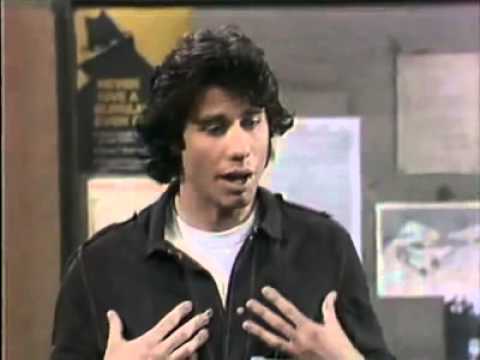 John Travolta’s first California-filmed television role was as a fall victim in Emergency!, in September 1972, but his first significant movie role was as Billy Nolan, a bully who was goaded into playing a prank on Sissy Spacek’s character in the horror film Carrie. Around the same time, he landed his star-making role as Vinnie Barbarino in the TV sitcom Welcome Back, Kotter from 1975 to 1979, becoming a beloved character in one of my fave shows growing up. He played a cocky Italian-American, and “unofficial official” leader and resident heartthrob of the Sweathogs, and watching the screen test below, he was made for the role.

How popular was this show? It had its own board game. Dig this commercial with lookalikes…