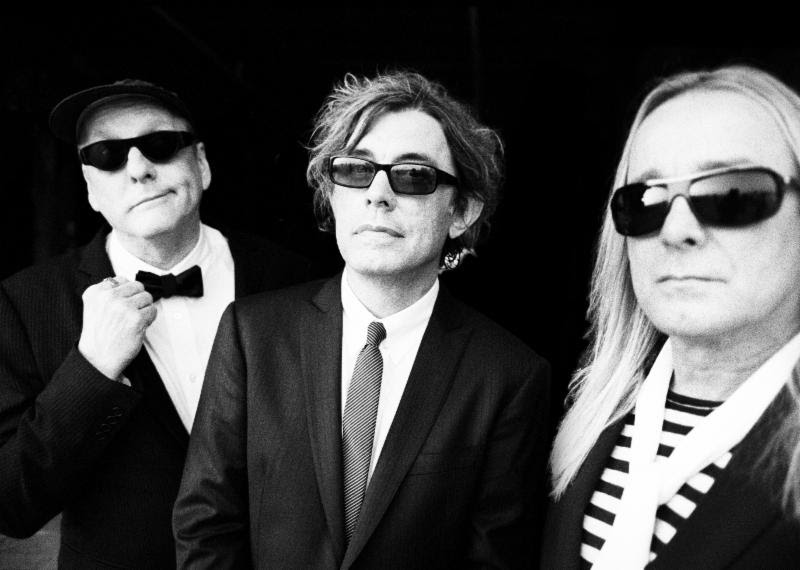 The names of the Rock and Roll Hall of Fame’s 2016 Inductees have been released. They are:

The 31st Annual Rock and Roll Hall of Fame Induction Ceremony, presented by Klipsch Audio, will take place on Friday, April 8, 2016 at Barclays Center in Brooklyn, New York for the second time. HBO will broadcast the ceremony in spring 2016.

The Rock and Roll Hall of Fame in Cleveland, Ohio, will also open a special exhibit on the 2016 Inductees in conjunction with the 2016 Induction Ceremony.

Klipsch Audio, a leading global speaker and headphone manufacturer, is a strategic partner and presenting sponsor of the Rock and Roll Hall of Fame and its Induction Ceremony events. Klipsch’s renowned products deliver the power, detail and emotion of the live music experience throughout the iconic museum.

Tickets will go on sale to the public in February. A limited number of pre-sale tickets will be available for Rock and Roll Hall of Fame members in advance of the public sale date. To be eligible for the member pre-sale, you must be an active Rock and Roll Hall of Fame member by December 31, 2015. Exact sale dates and ticket information will be announced in late January. Details available at www.rockhall.com. To receive Induction Ceremony updates, announcements and ticket information, sign up for the Rock Hall’s e-newsletter atwww.rockhall.com/e-newsletter, follow the Rock Hall on Facebook, Twitter (@rock_hall) and Instagram (@rockhall) or join the conversation at #RockHall2016.

About the 2016 Rock and Roll Hall of Fame Inductees:

Cheap Trick had perfected an extremely individual yet classic rock and roll band sound by the time it released its first album in 1977. It has never changed it much. It didn’t need to. Cheap Trick’s records and concerts display a singular musical consistency over almost 40 years. Remaining interesting, sometimes hilarious, in that way is also pretty much unparalleled – and indispensable to understanding them. Cheap Trick is led by Rick Nielsen’s classic and perpetually fresh guitar and the sweet power of Robin Zander’s vocals. The group’s original line-up with Tom Petersson on bass and the amazing Bun E. Carlos as the powerhouse drummer influenced pretty much every other hard rockin’ band that came afterwards. They somehow bridge the gap between the fierce clowning of early punk and the accidental-on-purpose humor of metal, without ever sounding a bit like either. Their first five albums –Cheap Trick, In Color, Heaven Tonight, Dream Police, All Shook Up – made in a rock and roll tsunami from 1977 to 1980, are about as great as any such sequence in rock history and they hold up beautifully all these years later. Their American breakthrough, Live At Budokan, is in the running for best live album of all time. Some of their studio albums are better than others, but they have never made anything like a bad one. And they will all rock you ’til your eyes bulge out. Promise.

Fusing jazz and rock together in a time when the Beatles were still crashing onto the American shores and psychedelic rock was taking over the basements of teenagers; Chicago Transit Authority broke onto the scene unapologetically in 1969 with their self-titled double album,Chicago Transit Authority. A brazen mix of soulful rock, pop and jazz coupled with protester’s chants from the 1968 Chicago Democratic Convention; the album received critical acclaim and later produced the classic singles “Does Anybody Really Know What Time It Is?” and “Beginnings.” As the band began touring, under pressure from the city of Chicago, they shortened their name to simply, Chicago, and later released their second self-titled album,Chicago, in 1970. The center track, “Ballet For A Girl In Buchannon,” is a seven-part, 13-minute suite of pure melodic perfection composed by James Pankow who merged his love of classical, long song styles with Chicago’s signature sound. It yielded two unexpected singles “Make Me Smile” and “Colour My World” that quickly took the charts by storm reaching the Top Ten on Billboard’s Hot 100. From their inception through to the late 1970’s, Chicago mastered the art of making melodic jazz tinged rock with a keen pop sensibility. The group had a long string of jazz-rock mega hits including: “Make Me Smile,” “Saturday In The Park,” “25 Or 6 To 4,” “Feelin Stronger Every Day,” “If You Leave Me Now” and many others. Chicago’s early lineup created such an unmistakable sound and their inclusion into the Rock and Roll Hall of Fame is not only well-deserved, but an honor that has been overlooked. With over 21 Top 10 singles, 5 consecutive Number One albums, 11 Number One singles – fans that stretch across the globe and countless bands that have followed in their wake, Chicago’s legacy is unquestionable.

If there were a “Mount Rushmore Of Hard Rock” it would only have three heads: Led Zeppelin, Black Sabbath and Deep Purple. They are the Holy Trinity of hard rock and metal bands and Deep Purple’s non-inclusion in the Hall is a gaping hole which must now be filled. Deep Purple combined outstanding musicianship with dozens of FM radio smashes. Three separate incarnations of the band have made spectacular albums culminating with Deep Purple In Rock, which along with Led Zeppelin II and Black Sabbath’s Paranoid, CREATED the genre of hard rock music. Deep Purple have sold over 100 million albums and their flagship track “Smoke On The Water” eclipses “Satisfaction,” “Born To Run” and “Smells Like Teen Spirit” as the Number One Greatest Guitar Riff Of All Time. It is the riff that inspired tens of millions of guitarists to pick up the instrument and only Beethoven’s Fifth Symphony gives it a run for the money as far as recognizability and badassed-ness. Genius guitarist Ritchie Blackmore fused countless powerhouse riffs with a deep knowledge and appreciation of classical music. Keyboardist Jon Lord kept pace on the classical and rock fronts and cemented the guitar/keyboard axis that defined the band’s sound and along with Zeppelin and Sabbath gave birth to an entire genre. Ian Gillan’s vocal range was unparalleled and the boiler room rhythm section of Roger Glover and Ian Paice cemented the classic lineup. Original vocalist Rod Evans and the David Coverdale/Glenn Hughes line-ups also created masterpieces of their own. Deep Purple are and were a band of supremely talented musicians and songwriters. They are one of the titans and pioneers of their genre, and one of the hardest pillars in the Temple Of Rock. Their groundbreaking albums and ear drum breaking live shows are the stuff of legend and make them long overdue for induction into the Rock and Roll Hall of Fame.

Unexpected. Shocking. Flawed. Revolutionary. Worthy. N.W.A.’s improbable rise from marginalized outsiders to the most controversial and complicated voices of their generation remains one of rock’s most explosive, relevant and challenging tales. From their Compton, California headquarters (once a leafy oasis of upwardly mobile African-American success, by the time of the group’s 1986 inception the city’s traditional woes of segregation, failing schools, unemployment, mass incarceration and gangs were now joined by militarized law enforcement, crack cocaine and Reaganomics) Eazy-E, Dr. Dre, Ice Cube, MC Ren and DJ Yella would — by force of will and unrelenting tales of street life — sell tens of millions of records, influence multiple generations the world over and extend artistic middle fingers to the societal barriers of geography, respectability, caste, authority and whatever else happened to get in their way. As enduringly evergreen as the Beatles and as shockingly marketable as the Sex Pistols, N.W.A. (Niggaz Wit Attitudes) made a way out of no way, put their city on the map and solidified the disparate elements of gangsta rap into a genre meaty enough to be quantified, imitated and monetized for generations to come. But two decades before Rolling Stone would rank them 83rd on their “100 Greatest Artists Of All Time” list, they were just five young men with something to say. Five men, at least twice that many opposing points of view among them and well over a hundred million records collectively sold over the last 29 years, N.W.A. and its extended family tree of platinum satellites (J.J. Fad, The D.O.C, Above The Law, Michel’le, Yo-Yo, Da Lench Mob, Del the Funky Homosapien, Hieroglyphics, Snoop Dogg, Warren G, Nate Dogg, The Dogg Pound, The Lady of Rage, Bone Thugsn-Harmony, 2Pac, Westside Connection, Eminem, 50 Cent, The Game, Kendrick Lamar — an unmatched assemblage of talent) helped set the stage for hip hop’s emergence as one of this planet’s most dominant musical life forms.

Steve Miller was a mainstay of the San Francisco music scene that upended American culture in the late Sixties. With albums like Children Of The Future, Sailor and Brave New World, Miller perfected a psychedelic blues sound that drew on the deepest sources of American roots music and simultaneously articulated a compelling vision of what music – and, indeed, society – could be in the years to come. Then, in the Seventies, Miller crafted a brand of pure pop that was polished, exciting and irresistible – and that dominated radio in a way that few artists have ever managed. Hit followed hit in what seemed like an endless flow: “Take The Money And Run,” “Rock’n Me,” “Fly Like An Eagle,” “Jet Airliner” and “Jungle Love,” among them. To this day, those songs are instantly recognizable when they come on the radio – and impossible not to sing along with. Their hooks are the very definition of indelible. Running through Miller’s distinctive catalogue is a combination of virtuosity and song craft. His parents were jazz aficionados – not to mention close friends of Les Paul and Mary Ford – so, as a budding guitarist, Miller absorbed valuable lessons from that musical tradition. When the family moved to Texas, Miller deepened his education in the blues, eventually moving to Chicago, where he played with Muddy Waters, Howlin’ Wolf, Buddy Guy and Paul Butterfield. In recent years, Miller has immersed himself in the blues once again. And, as always, whether he was riding the top of the charts or exploring the blue highways of American music, he is playing and singing with both conviction and precision, passion and eloquence, and making records that, quite incredibly, are at once immediately accessible and more than able to stand the test of time.