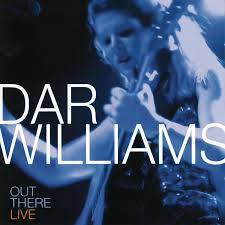 “The sale of music paid for the production of the product and for a portion of my living as a touring artist. That’s the way it works. When the sale of music goes away, gigs alone will not pay for the tour bus, equipment, tour managers, and touring bands (if you pay them decently).

Already I can hear one of those angry music bloggers (the ones who have never toured or tried to make a living in music) saying, ‘Stop your whining and get back on the road!’ Then they crush their empty beer cans and throw them at my car.

One journalist said he thought I would like this ‘DIY’ world. There’s a difference between having the final artistic say on who I hire and the new normal of not hiring anyone at all.

The Attitude of Gratitude will not fix what’s happened here.”

– Dar Williams, on the changing economics of touring, American Songwriter