I like it when you sleep, for you are so beautiful yet so unaware of it, the eagerly awaited new album from the UK art-pop quartet THE 1975 is now available for pre-order from all participating digital retailers.  The album will be released February 26 via Dirty Hit / Interscope / Universal Music Canada, the country’s leading music company.

Those pre-ordering the digital album will receive instant downloads of first single Love Me and the album track UGH! which premiered yesterday as Zane Lowe’s World Record on Beats 1. The album can also be purchased in a variety of physical formats: CD, double gatefold vinyl on heavyweight transparent pink vinyl and a super deluxe box set HERE.

Last week, THE 1975 announced their 2016 headline tour which kicks off April 18 in Los Angeles and includes Canadian stops in Vancouver April 27 and Toronto May 20. Tickets are available now HERE.

The 1975 are one of the breakthrough British bands of the past decade. They got together as school friends on the outskirts of Manchester and reinvigorated the alternative scene as they took 2013 by storm. It was a year that set the band on what Matthew Healy has described as a “delirious ascent.” Propelled by anthemic songs such as Chocolate and Girls, their self-titled debut album entered the UK charts at No 1 and went on to sell one million albums worldwide and one million singles in the US alone while Chocolate is gold in Canada. Healy’s graphic letter regarding UGH! follows below. 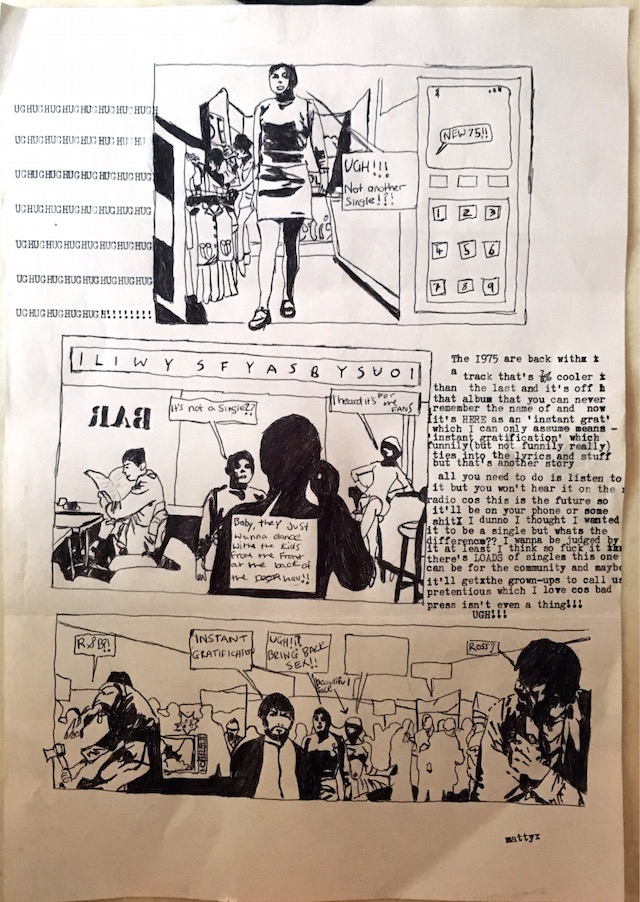