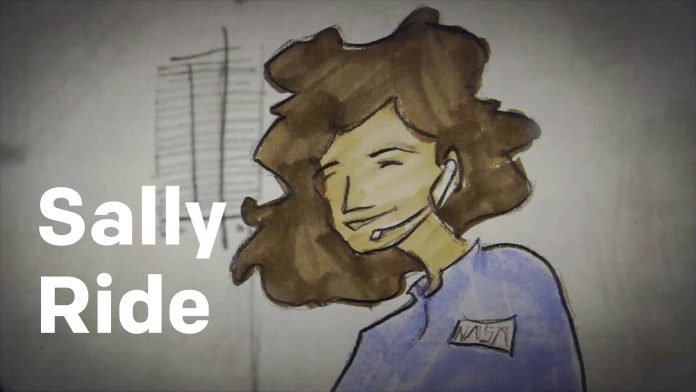 PBS’ Blank On Blank is uncovering lost interviews with the icons of science, technology, and innovation – people who helped make the world we live in today. And some guest animators are bringing these conversations to life.

One of those people is Sally Ride. These days, just about every space mission has women on it. It’s just not a big deal. But in 1983, it was very much a big deal – that’s the year Sally Ride became the first American woman in space.

Back in 1963, Russia sent Valentina Tereshkova as the first woman to fly to outer space. But it took two more decades for the Americans to follow suit.

At the time, journalist and icon of the feminist movement Gloria Steinem had an ABC interview series, called ‘In Conversation with…” As part of that program she interviewed Sally Ride – and we found the tape in Smith College’s archive dedicated to the life and work of Steinem – The Gloria Steinem Papers, part of the Sophia Smith Collection.

Now at the time of this interview, as far as the public – and it turns out the press – were concerned, space was for clean-cut alpha males with names like Buzz. Then Sally Ride came along.