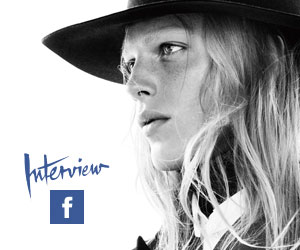 LAUREN MAYBERRY: I did an interview today with a reasonably respected British journalist and he actually asked me in the interview, “Do you think you’d like to take some time out of music in the next few years to focus on your personal life? I don’t know if you have a partner but have you considered how you would juggle children with touring?” I had never been asked that question before. I was like, “Well that’s not really your business, pal.”

CORIN TUCKER: Do you think a male musician would ever be asked that question?

MAYBERRY: Well, I didn’t want to scream on the phone at him. In my head, I was like, “I’ll find a polite way of getting out of it.” I figured if I was like, “Dude that’s incredibly rude, condescending, and offensive,” then I’m going to get tired of [being] that person who does that all the time. It’s inevitable that people are going to find out about my natural, god-given feminist rage. People are like, “Why are you angry all the time?” It’s like, I’m not angry. I’d like to think I’m a reasonably nice person, but unfortunately when those conversations come up, it does make me angry. It should make people angry. I did wonder in the interview if this guy was real-life trolling me.

TUCKER: I agree. There are so many times that as a woman in the music industry you’re asked questions no male musician would ever be asked. For me being a mom and having two kids, I don’t think men who are fathers in bands are being asked the responsibility questions, about touring with kids—up until recently. Recently there has been a cultural shift with fathers being parents, and it’s totally crucial. I do think we have a long way to go in terms of the culture around women still being career women, and asking a woman about her career and her work, just seeing them as fully validated human beings in the workplace. It’s so important that you are speaking up about this because so many women experience it and don’t have a way to talk about it. It’s incredibly hurtful and really unacceptable. If we don’t speak up about it, how do we expect to change it? Do you think that people are more prone to hateful language online, when it is anonymous?

MAYBERRY: We’ve had a few things at shows, but nothing as extreme and as aggressive as we’ve had online. I think the anonymity factor really wraps it up. It’s a weird protection for people. It’s so risky, because how do you ever crack down on that without cracking down on free speech in general, which is incredibly important? A part of me thinks that Twitter and message boards are worse because of the anonymity factor. I have a personal Twitter for band purposes, but I don’t use social media a lot. I fall in a weird age gap. I was on band message boards when I was 16, but I was on the early curve of Facebook. I did it for work when I worked in media, and I did it for the band, but I can’t relate to the idea that you live your life online. Part of me feels like I don’t really get drawn into a negative way of thinking about it. For us, the Internet has been really amazing, and I think it’s a place of great passion, creativity, and knowledge. Seeing people communicate about the band online has been amazing, but I think a lot of people spend a lot of time talking about what they hate rather than what they love. I don’t want to get trapped in that.