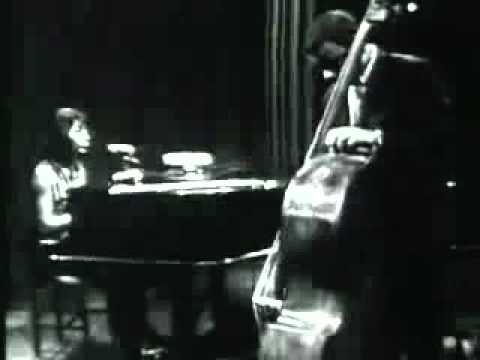 Nina Simone has been in the news recently, with traditional and social media slamming the casting decision of Zoe Saldana in the Simone biopic. Simone’s daughter also criticizes personal vilification of the actor for donning dark makeup and a prosthetic nose to play legendary singer. Paula Patton and Queen Latifah have come to the defense, and this decision process isn’t over just yet. So, a good time to look back.

Here’s a wonderful 1962 performance by Simone of the song that started her career: “I Loves You Porgy,” from the 1935 George Gershwin opera Porgy and Bess. The performance begins with Simone’s own plaintive version of The Strawberry Woman And The Crab Man from Act II:

She then transitions into “I Loves You Porgy,” with lyrics by Ira Gershwin. The song was originally duetted by Anne Brown and Todd Duncan in the 1935 production and in the 1942 revival of the opera, “I Loves You, Porgy” has been recorded as a solo number by a number of popular vocalists and jazz musicians, most notably Billie Holiday, Nina Simone, and Bill Evans. Nina Simone’s recording of the song (from Little Girl Blue, 1958) was a Top 20 pop hit in the United States in the autumn of 1959. Simone’s version went to number 18 on the Billboard Hot 100 and number 2 on the R&B charts. Most recently, Christina Aguilera performed the song for 2008’s Grammy live primetime concert special.