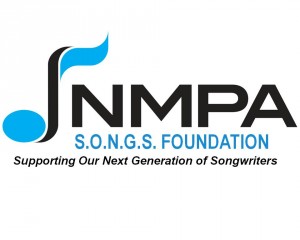 The National Music Publishers’ Association (NMPA) and Spotify today announced a landmark agreement allowing independent and major publishers to claim and receive royalties for certain compositions used on Spotify in the United States where ownership information was previously unknown. In addition to identifying the rightful recipients of Spotify royalties, the agreement establishes a large bonus compensation fund that is a substantial percentage of what is currently being held by Spotify for unmatched royalties, and creates a better path forward for finding the owners of publishing rights who should receive streaming royalties.

For years, the issue of “unmatched works” — the lack of proper ownership information — has made it difficult to pay timely royalties to writers and publishers. Not only does today’s groundbreaking agreement distribute royalties to writers, it also improves processes for identifying and compensating writers for their work and establishes a better database for future payments. The deal will allow copyright owners to identify their works and receive the money Spotify has set aside for the past usage of unmatched works. It will allow the entire industry to benefit by filling in the gaps in ownership information, which help to ensure that royalties are promptly paid to their rightful owners in the future. Any royalties associated with works that remain unmatched after each claiming period will be distributed to publishers and songwriters who participate in the settlement, but the agreement will not affect the royalties owed to any publisher or writer who does not choose to participate.

The agreement is a key step in improving transparency in the music community and ensuring that music’s creators receive royalties when their music is used. In addition to allowing copyright owners to identify and receive payment for unmatched works, the agreement enables publishers and Spotify to establish improved practices to identify proper ownership and ensure speedy payment of royalties in the future.

National Music Publishers’ Association President and CEO David Israelite praised the agreement, saying, “NMPA’s goal has always been to ensure publishers and songwriters receive the money they deserve. I am thrilled that through this agreement both independent and major publishers and songwriters will be able to get what is owed to them. We must continue to push digital services to properly pay for the musical works that fuel their businesses and after much work together, we have found a way for Spotify to quickly get royalties to the right people. I look forward to all NMPA members being paid what they are owed, and I am excited about the creation of a better process moving forward.”

Spotify Global Head of Communications and Public Policy Jonathan Prince said, “As we have said many times, we have always been committed to paying songwriters and publishers every penny. We appreciate the hard work of everyone at the NMPA to secure this agreement and we look forward to further collaboration with them as we build a comprehensive publishing administration system.”

The agreement includes payment of bonus compensation, and provides the ability to easily identify and properly claim “unmatched” works online. It also ensures that Spotify will continue working with the NMPA and its members to implement practices that will allow Spotify to match works more accurately and efficiently. Where ownership has not been identified or claimed by publishers, there will be a distribution to publishers and songwriters of royalties held by Spotify based on known usage on Spotify’s service.