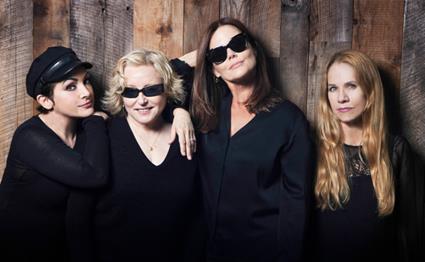 “After a 38 year run, we are gearing up for one last blast of a summer tour,” says the band about the farewell trek. “We feel so lucky and so grateful to have had the incredible support of our fans for so long. We can’t wait to get out on the road and give the people what they want: some loud fast music and a great party!”

The legendary rock group made history as the first – and to date only – all-female band that both wrote their own songs and played their own instruments to ever top the Billboard charts. The Go-Go’s rose to fame in the wake of their 1981 debut album, Beauty and the Beat, which spent six weeks at #1 on the Billboard charts and achieved Platinum status in Canada, making it one of the most successful debut albums of all time. In 1982, The Go-Go’s were nominated for a Grammy Award for Best New Artist and released their sophomore album, Vacation, which was certified Gold in the US and spawned another top-ten hit with the title track. In 2011, the trailblazing band was honored with a star on the world-famous Hollywood Walk of Fame.