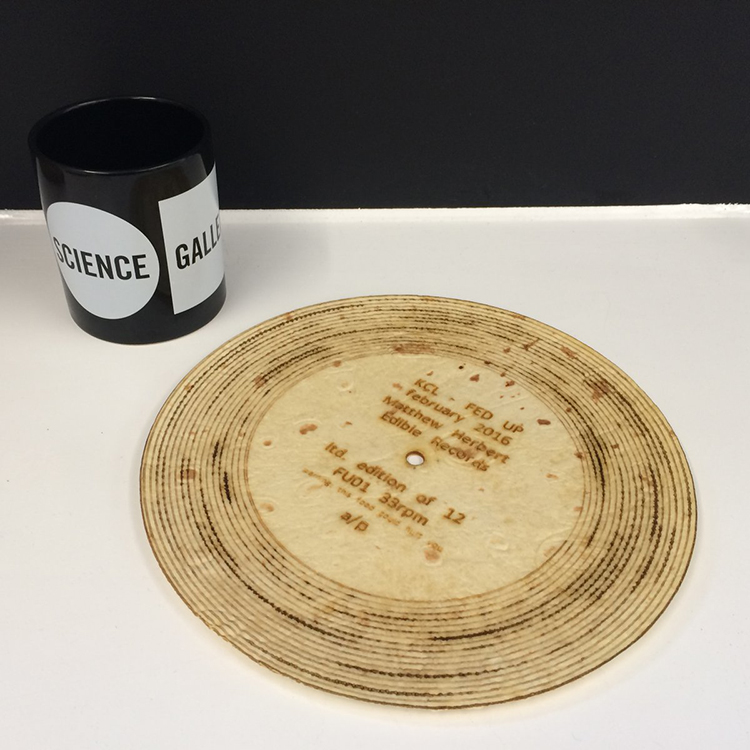 Through a series of experiments, musician and artist Matthew Herbert of Accidental Records created audio recordings of ingredients widely-used in processed food, etching them, via laser-cutting technology, onto various consumable items. The outcome is an assortment of edible records that took place at the Science Gallery London on March 16th. The audience was be invited to reflect on the foods that informed their creation and the soundscapes they produce and had the opportunity to consume the records.

Butternut squash, sweet potato and celeriac! Can you "hear the difference"? #EdibleSound with #MatthewHerbert, #FEDup finale.

next edible sound for tonight's show, a record made of brown sugar pic.twitter.com/UmSE6MrwVG

first in a series of edible sounds. this one a tortilla record. playable on normal hifi. unlikely to be delicious. pic.twitter.com/0O1tnhTEiz