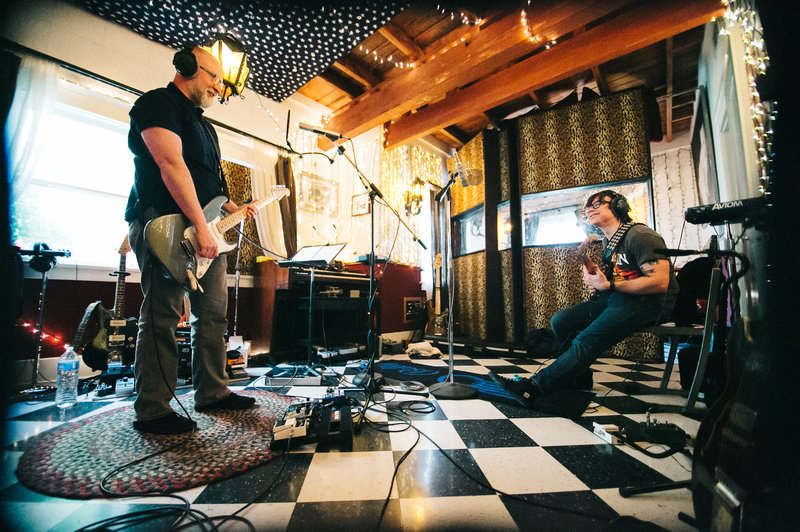 There’s new music from Bob Mould. His latest album, Patch The Sky, comes out March 25. One of this legendary musician’s biggest fans — from his punk days of Hüsker Dü to the land of Sugar and his prolific and exciting solo records — is musician Ryan Adams. And as a fan and friend, Ryan invited Bob to his PAX-AM Studio and pressed record.

You’ll also hear them break into song. Over the course of the hour-long conversation, they play three versions of two songs from Bob Mould’s new album recorded right there in Ryan Adams’ PAX-AM studio — they do “Hold On” and “The End of Things” together and then Bob plays “The End of Things” by himself. These aren’t the recordings from Patch The Sky; it’s just two friends, making music, having fun.