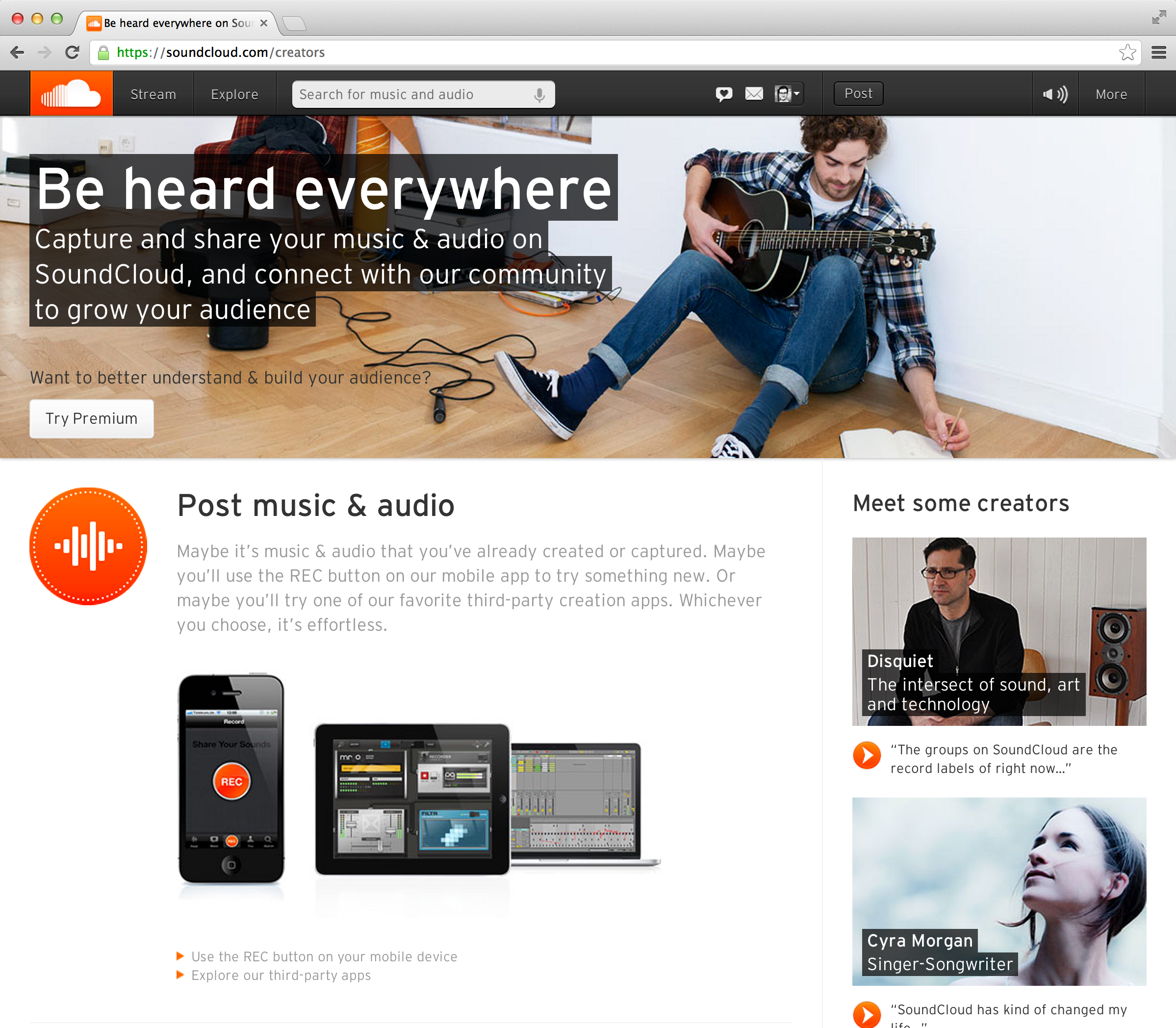 Soundcloud is entering paid music streaming, hoping to turn its huge community of cover singers, dubstep remixers and wannabe stars into a bigger source of revenue.

Since its launch in 2007, the Berlin-based online music service has allowed pretty much any audio to be uploaded to its cloud — from Kanye West outtakes to teenagers singing over canned music. It has slowly introduced tools to earn revenue, introducing paid services for artists in 2008 and ad revenue sharing for invited musicians in 2014.

But after signing deals with major labels, including holdout Sony Music this month, Soundcloud is adding a subscription plan for consumers, giving them ad-free listening and a whole range of music from mainstream artists that had shunned the service because it only gave tracks away for free, including top acts like Taylor Swift.

Soundcloud, privately held and with tech investors like Union Square Ventures and Kleiner Perkins, will have a staggering 125 million tracks available when the paid tier, Soundcloud Go, launches Tuesday. That’s about four times other paid services.

Soundcloud Go will cost $10 a month and offer ad-free offline playback on mobile devices. It’ll also allow artists to choose whether to give away tracks for free or reserve them for paying customers — an option not allowed by Spotify, which depends on having quality free music to draw in prospective paying customers.