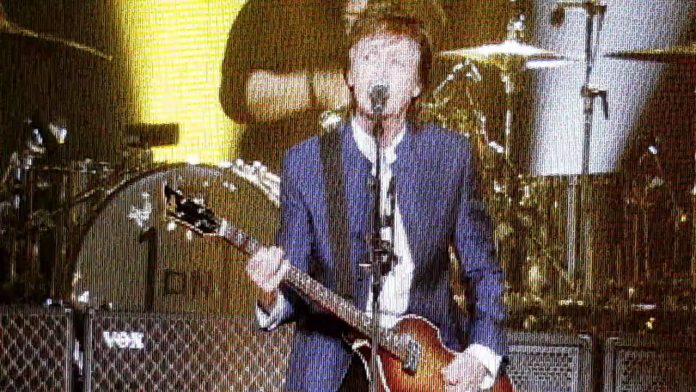 THAT chord that kicks off The Beatles’ A Hard Day’s Night. It’s F with a G on top. And at his “One on One” tour opener Wednesday night in Fresno, Paul McCartney played the song — the first time he’d ever performed the song as a solo artist, meaning the first time he’d played it publicly in 51 years. He also played “Love Me Do” for the first time as a solo artist, and dug out the Quarrymen song “In Spite of All the Danger.” Another notable entry in the setlist was “FourFiveSeconds,” McCartney’s hit 2015 collaboration with Kanye West and Rihanna.