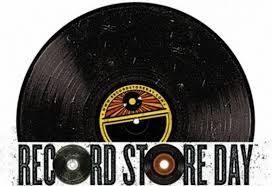 Record Store Day (April 17) releases swarm the Tastemakers Albums, Vinyl Albums and Hot Singles Sales charts as the annual independent music retailer celebration brings a bevy of unique, limited-edition and vinyl titles to the lists.
In the U.S., indie retailers sold 30 percent of all physical albums and singles in the week ending April 21 (749,000 out of 2.5 million), according to Nielsen Music. Vinyl LP sales were unsurprisingly robust during the latest tracking week as the vast majority of Record Store Day releases are produced on the format — with 521,000 vinyl albums sold during the tracking week (up 131 percent). That’s the largest week for the format since the frame ending Dec. 24, 2015 (753,000), and the biggest week for vinyl LPs outside of the Christmas season since Nielsen started tracking sales in 1991.