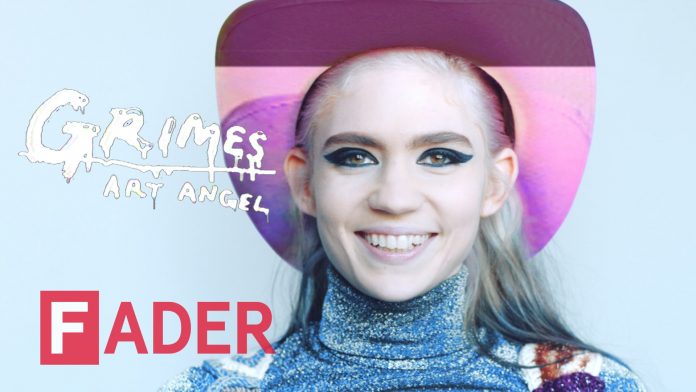 Back in November, Grimes released her technicolor new record, Art Angels. During The FADER’s cover story reporting back in the summer, we sat down with Canadian producer/singer Claire Boucher in her Los Angeles home to find out how she’s evolved the Grimes project, the misconceptions she has to deal with as a DIY artist, and what’s she learnt touring the world.

“At first, I guess, there was just Grimes,” she says in the documentary. “I don’t technically have control of her narrative anymore—she very much exists in pop culture now. Grimes as one person cannot represent more than a couple of ideas. That’s why I started developing some of the other characters, like really abstract from who I am and how I am.”