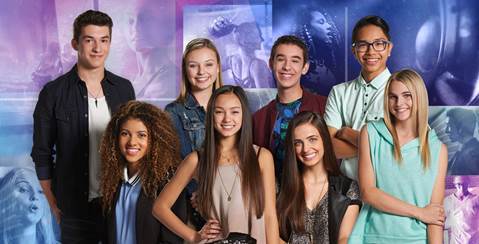 Family Channel brings the ultimate fan experience to shopping malls across Canada with The Backstage Studio Pop-Up Tour. Centered around the network’s hit original series Backstage, the weekend-long event kicks off in Pickering on Saturday, May 28 and gives fans an all-access pass to Keaton School of the Arts, with interactive stations built around the school’s programs including dance, music and fashion. Plus, fans will get a sneak peek at what’s in store for this year’s Big Ticket Summer Concert with live musical performances by the series’ stars at every stop. The tour continues throughout the month of June with stops in Vancouver, Edmonton, Fredericton and Mississauga. For full tour information, please visit Family.ca.

A full weekend of singing, dancing, fashion and fun, The Backstage Pop-Up Studio Tour brings the popular tween drama to life. Mall-goers will be transported to Keaton School of the Arts where they can learn Vanessa, Carly and Sasha’s favourite dance moves; listen to Miles, Ayla and Scarlett’s hottest tracks; and step up their fashion game with tips and styles inspired by the show.

In addition to the interactive stations, each stop will feature morning and afternoon musical performances by some of this year’s Big Ticket Summer Concert performers, followed by autograph signings with various cast members. The first 250 fans in line for each performance, will receive a wristband to take part in the autograph signing.

The Backstage Studio Pop-Up Tour stops are as follows: