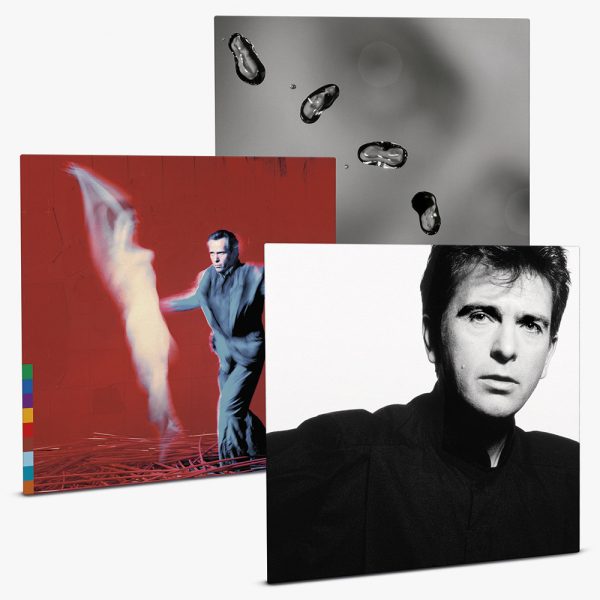 Following the successful 2LP vinyl re-issues of Peter Gabriel’s first four solo albums in 2015, the next series of re-issues are now ready to pre-order, and will be released on July 15, 2016.

So, Us and Up have all been half-speed remastered and cut to lacquers at 45RPM in order to deliver the maximum dynamic sound range.

“It has been heart warming to see the return of vinyl. Even though I loved being free of its limitations in the digital world, there is still a warmth and presence to vinyl that somehow makes it a more natural human companion. It is great to see a new generation learning the secrets of the grooves,” says Gabriel.

The vinyl was cut by Matt Colton at Alchemy Mastering, mastered by Tony Cousins at Metropolis and overseen by Peter’s main sound engineer Richard Chappell.

The vinyl editions will have gatefold sleeves utilising imagery from the initial first LP pressings, sourced and re-scanned from original artwork.

These limited edition releases are all individually numbered and will include download cards with a choice of digital download (Hi-Res 24-bit or 16-bit).