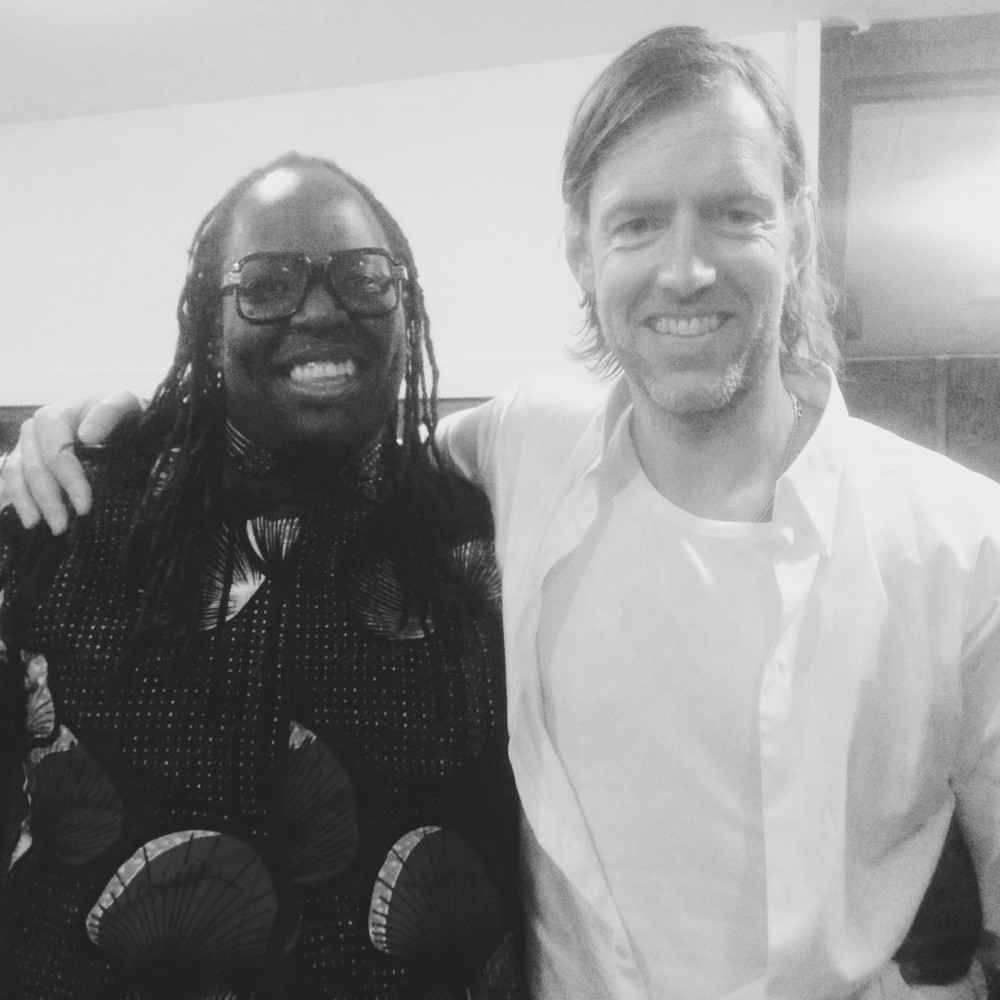 For this edition of the Ninja Tune podcast, and the first of two parts, they have a very special guest in Ed O’Brien of Radiohead interviewing his good friend Dave Okumu of The Invisible.

With Radiohead recently releasing their album A Moon Shaped Pool and The Invisible releasing their own album in Patience the two met up at Roundhouse studios with regular producer DK to talk about their respective creative processes.

In the words of Dave Okumu: “…I was lucky enough to spend an afternoon chewing the fat with Ed O’brien. Ed is someone who has had a powerful influence over me both through his role in one of my best loved bands but also as a friend. it’s difficult to be in the presence of someone so warm, open and generous without wanting to explore a broad range of topics. i’m sure if someone hadn’t hit stop, we would still be in the bowels of the roundhouse chatting up a storm right now!”

Listen to the interview in full on iTunes or download it directly.