Those who thought streaming would bring about a rapid modernisation of radio playlists, prepare to scratch your head.

According to data from trusted airplay tracking service RadioMonitor, just one song in the Top 20 biggest tracks on UK radio so far this year was originally released in 2016.

Lush Life was originally released in June last year, but was given a spruce-up with a Tinie Tempah remix in February; the version that has proven so popular on UK radio since. A similar embellishment improved the chances of Sia’s Cheap Thrills, which first appeared online in December. A remix of the track featuring Sean Paul – UK radio’s favoured version – was subsequently issued in February this year.

The only track on the Top 20 to be first unveiled to the public this year is Zayn’s PILLOWTALK, which was released on January 29.

That list is for 408 stations of all types across the UK, including local and national – as well as commercial plus public service broadcasters. 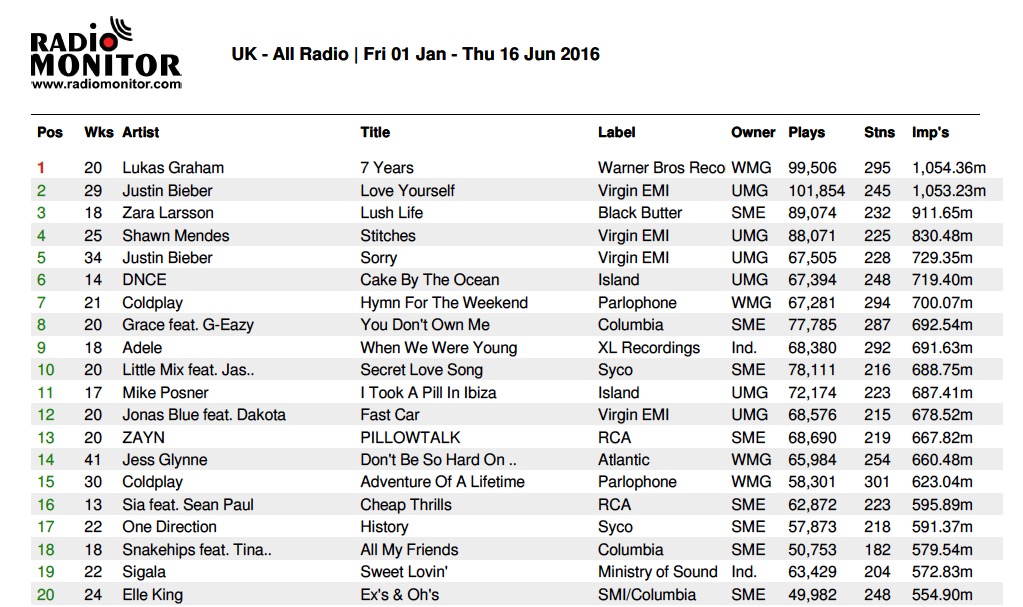