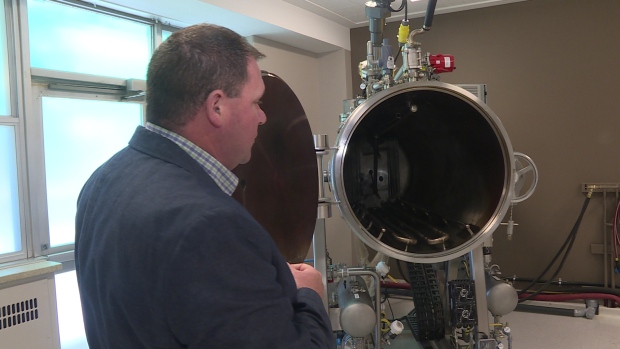 Waterworks officials in a small town southwest of Ottawa are monitoring a funeral company that has become the first in Ontario to use an alkaline solution to dissolve human remains, and then drain the leftover coffee-coloured effluents into the sewer system.

Aquagreen Dispositions began operating in a rental unit within the former Rideau Regional Centre in Smiths Falls in May 2015 after receiving a licence from the Ontario government. Hilton’s Unforgettable Tails, a parallel business handling the remains of pets, had been using the same process for a couple of years prior to Aquagreen Dispositions, but it took longer to get a licence to handle human remains.

The owner, Dale Hilton, who is from a family of funeral home operators in Smiths Falls, said he watched as the “green wave” swept through the funeral industry, bringing biodegradable caskets and urns.

Hilton said he started the alkaline hydrolysis business in the newly named Galipeau Centre as an alternative to the traditional, energy-using flame-based cremation process.

“It brings your body back to its natural state,” Hilton said. “It’s the same way as being buried in the ground, but instead of taking 15, 20 years to disintegrate, it does it in a quicker process. And it’s all environmentally friendly.

“You’re entering yourself back to your natural state as you come into this world. You come in by water, and you leave by water,” said Hilton. “It’s green, all the way around.”