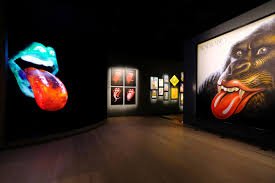 The Stones and Exhibitionism curator Ileen Gallagher revealed Tuesday that the exhibit – featuring stage clothing, classic album artwork, vintage gear, photography, stage designs, personal diaries, behind-the-scenes footage, a recreation of the band’s first apartment and more memorabilia – will set up shop at the West Village’s Industria Superstudio, the first stop on what’s being billed as “the largest touring experience of its kind ever to be staged.”

Tickets for New York will go on sale to the general public in September. Register at the Exhibitionism site to be among the first notified of the tickets’ availability.