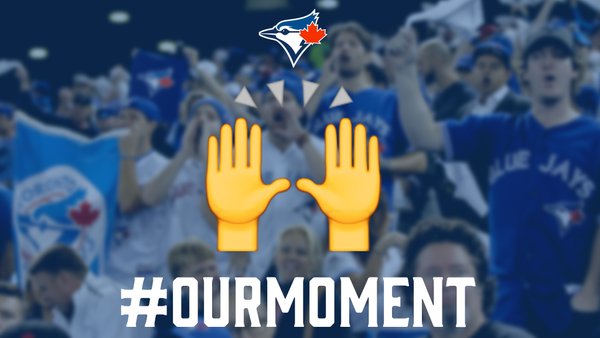 There are 2 things I have a hard time getting rid of  – my record collection and my baseball cards. While the former might not surprise you, I have an emotional connection to the photo and card stock stored in boxes from my youth. It’s when I started to read trivia facts on the back of the cards and hold on to them for safekeeping. I was a lot of fun at parties.

I’ve been a fan of the Toronto Blue Jays since their first season back in 1977.  For years I kept the Toronto Star newspaper headline of their win against the Chicago White Sox on April 7th that same year. I have been able to enjoy being a fan from listening to them on my transistor radio underneath my pillow for the night games radio, to a black and white TV, to SD, to HD, and now able to view them in 4K.

When music’s persuasive energy came into my life around the same time, it seemed there was no way to merge my two loves – sports and music couldn’t really mix, could it? Yes, they did.

It would seem that I have Lou Brock to thank for this. In the National League, St. Louis Cardinals leadoff hitter Lou used to ask Busch Stadium organist Ernie Hays to play the “Theme From Shaft” for his trips to the plate in the early 1970s.

Walk-up music for batters stepped up with the 1993 Seattle Mariners, noted as the first team to do it as a ritual for every hitter in the lineup.

But don’t look for Led Zeppelin’s full 8-minute Stairway To Heaven to be played during a game. Major League Baseball even has rules regarding walkout songs:

Any musical clip used to introduce a batter should start immediately after the public address announcement and should stop when the batter reaches the dirt cut-out surrounding home plate. Music clips between pitches should be limited in order not to encourage the hitter to leave the batter’s box.

There are the endless thoughts in my mind about selections being played in the stadium when players are heading to the mound or the batter’s box. Why is this song being chosen? Is it the lyrics? Is the artist a personal favourite of theirs? Is there a story behind the song that resonates with the player? For the Toronto Blue Jays, a look at their song selection gives a bit more insight to their competition, yet fun, nature of playing a kid’s game. Or maybe it’s an excuse for a fun fact or two about the song.

DJ at the ready, and get ready drop the bass, here are the Toronto Blue Jays selections that rev them, and fans up.

Buy Me A Boat Chris Janson

Take It Outside Brantley Gilbert

If you’ve ever stuck around a bar after Midnight and a fight started between a couple people, then you basically know this song. Aaron should only have this when playing in outdoor stadiums.

Mike Stud is a former college baseball player. His first musical recognition came with the release of viral single “College Humor”, while he was a relief pitcher at Duke.

Wiz has released 5 studio albums and 34 music videos. Think about that for a moment.

Avenged’s drummer Arin Ilejay says that he was “totally shocked and scared” after being fired by the band in 2014.  Nobody would begrudge him if he was talking about trying to hit Brett’s fastball.

Dalton was born in Mississauga, ON, which makes him prime to love Drake for a hometown pick. However, by picking the clean version, it automatically makes him a nice, kind Canadian for life.

Toronto is Darwin’s third team, so, he gets to pick three songs.

It Was A Good Day (Instrumental) Ice Cube

It Was A Good Day Ice Cube

It was the only day where Yo MTV Raps was on air, it was a clear and smogless day in Los Angeles, beepers or pages were commercially sold, the Lakers beat the SuperSonics, and Ice Cube had no filming commitments.

Robert E. Lee High School was where the group acquired the name Lynyrd Skynyrd from their physical-education teacher Leonard Skinner.

The lyrics are a warning to all you sinners out there in the 500 section that no matter how hard they try, they will not avoid God’s judgment. Or the ushers. Which are friendlier. But still, you don’t wanna be ejected. So be cool.

Lyric: “The sun is beating down on my baseball hat/The air is gettin’ hot the beer is getting flat.” Perfect.

Edwin chose 5 songs, so who am I to judge? The Mayor of Miguelo’s native San Francisco de Macoris once gave Don a plaque as Distinguished Son. Toronto should do the same with Edwin.

The chorus has “if you do not want me, someone wants me.” No matter what happens in the front office, Edwin, the fans want you to stay.

Ricky Ricon is also known as Richie Rich from the comic book fame’s world’s richest man, the son of a tycoon with a fortune of more than 70 billion dollars, which believes that money can buy everything.

Eric Church says of his “The Outsiders” album: “Anybody puts it on shuffle, I”ll come kill them myself. It’s made to be listened to start to finish.”

You Can’t Stop Me Andy Mineo

Mineo is a Christian hip-hop artist and his Gravity album won the Best Gospel Album category in the 2013 Grammy Awards.

Testify Rage Against The Machine

J.A. wore plaid before it was cool and got behind the #PlaidForDad campaign in support of prostate cancer research. You know who else wore a lot of plaid? Rage Against The Machine. See? This is how music and sports are connected.

Opening lines: “Don’t need a helmet, got a hard, hard head.” Don’t take this to heart with opposing batters, Jason.

“Low Rider” is featured in The Simpsons episode “A Midsummer’s Nice Dream” when Homer goes on tour with Cheech of Cheech and Chong fame.

Tears Of A Clown Smokey Robinson and The Miracles

This song sold over 4 million copies and was so big, it forced Miracles lead singer, songwriter, and producer Smokey Robinson, who had announced plans to leave the act, to stay until 1972.

Jose has a lot of trophies, too, including 5-time American League Player of the Month, 2-time Hank Aaron Award, and 3-time Silver Slugger Award at outfield.

‘Ball Like This’ celebrates the aspirations of the kid growing up in South Central to the kid creating that new tech start up or that ballplayer making MVP.

In The Air Tonight Phil Collins

It’s not about a drowning incident in which someone who was close enough to save the victim did not help them, while Phil, who was too far away to help, looked on. So stop that.

Opening lines, “I am GM track/lately I’ve been taking off like an astronaut”. If Josh goes into the front office one day, they’ll be playing this on his first day of work.

“For a long time I been getting paper” goes the song. Josh has only gotten paper once in the form of a trade from the NY Mets to Toronto. He also had a lot of the daily paper on June 1, 2012, when he became the first Mets catcher to participate in a no-hitter.

Justin’s people back home are from Goose Creek, South Carolina, where they total 35,938 in population, or 2,000 less than the average attendance of the Jays’ home games in 2016.

The song is a reinterpretation of Sammy Davis Jr.’s three-week 1972 Billboard Hot 100 No. 1 “The Candy Man” (with the Mike Curb Congregation), originally sung by Aubrey Woods in the classic 1971 film Willy Wonka & the Chocolate Factory. The new version is a tie-in to the 75th anniversary of M&Ms.

Dancing In The Moonlight Toploader

6 people wrote this song, including Canadian producer  Cirkut, which makes it slightly Canadian content. It hit #1 in 3 countries including Croatia.

Lead singers tend to make a larger-than-life thudding sound when they hit the floor due to their arm strength. Drowning Pool is currently on their 4th lead singer. That’s a lot of bodies for a 20-year old band.

5 AM In Toronto Drake

Biggie’s double-disc album Life After Death, released 16 days after he was killed, rose to No. 1 on the U.S. album charts and was certified Diamond with 10 million records sold, one of the few hip hop albums to receive this certification.

The theme is composed by Ramin Djawadi who also created the opening songs for  Iron Man, Pacific Rim and Warcraft and television’s Prison Break and Person of Interest.

BBC’s Zane Lowe played it on his show and called it the ‘hottest record in the world’. The official hottest recorded temperature is now 56.7 C (134 F), which was measured on July 10, 1913 at Greenland Ranch, Death Valley, California.

French Montana isn’t French or from Montana. Born in Morocco, he immigrated to the United States with his family when he was 13 years old. Roberto was signed by the Blue Jays out of Mexico as a 16-year-old, and on April 8, 2015, he became the youngest pitcher to appear in a game for the organization, and the first player born in 1995 to play in Major League Baseball.

Got To Give It Up Marvin Gaye

The catcher is often the unofficial captain of the team. If you think Russell’s selection is already cool and leads with his selection, just wait.

Back to those Seattle Mariners, when each player would have their own selection. Theywould play this song after Ken Griffey Jr. was officially announced coming to bat at the Kingdome. We’re down with O.P.P.

On the March 5, 2016 episode of Saturday Night Live, on which Future was the musical guest, he performed the song with host Jonah Hill during the show’s opening monologue. Hill performed Drake’s part.

If Russell Martin wants to DJ your next event, you let him. James Brown? The Boss? Damn. THAT’S brilliant.

This song is so good, it’s a mystery why it’s a bonus track placement on Minaj’s third studio album The Pinkprint.

“If it don’t make dollars it don’t make sense.” Ryan Goins signed a 1-year contract with the Toronto Blue Jays. He’s due for a payday in the off season.

While still in high school, Jack & Jack found success via the social media app Vine, and turned to a career as musicians. They have accumulated over 6 million followers, becoming two of the most popular Viners.

Ryan was initially left off of the postseason roster, however he was added on October 10 after Brett Cecil suffered a season-ending calf injury the day prior. Welcome home.

With all due respect to changing Jay Z’s lyric: Fellow Americans, it is with the utmost pride and sincerity that I present this ballplayer as a living testament and recollection of history in the making during our generation.

Elton John and Bernie Taupin are also credited as co-writers of The Man, because the song’s chorus is built upon an interpolation of the line ” You can tell everybody” from Elton’s 1971 single “Your Song”, co-written with Bernie.

I’ve been a baseball, and Blue Jay fan all my life, and while I can’t be there at every game, I’ve been living my #LifeIn4K for the past few months enjoying Samsung’s 4K SUHD TV and the Rogers NextBox delivering stunningly vivid, authentic images and superior sound like you’ve never seen – or heard walk-up music – before.