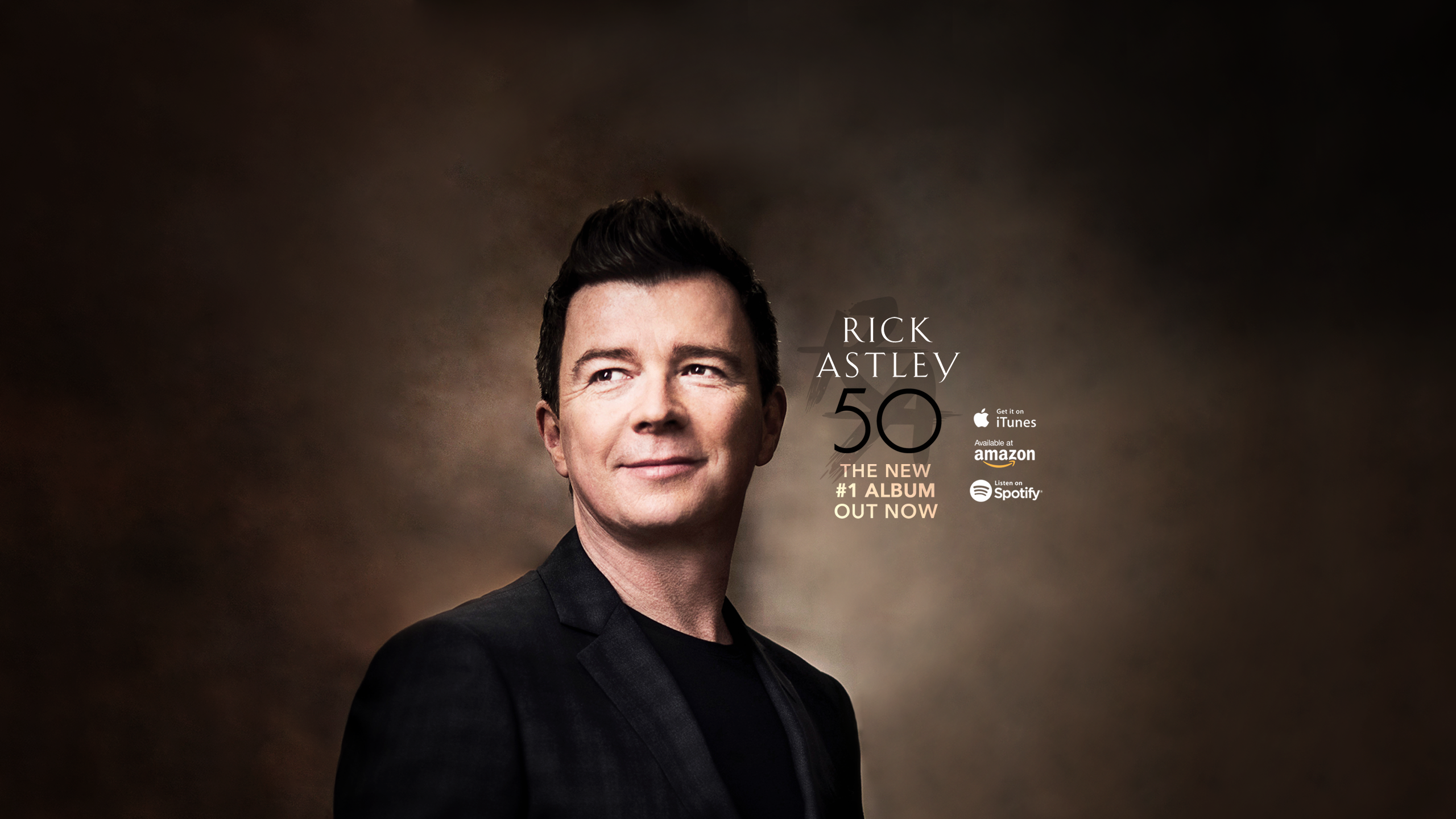 Rick Astley, the iconic singer with one of music’s most distinctive voices, will release ‘50,’ his first new album in a decade and his first official US release since 1993’s ‘Body & Soul,’ October 7 on BMG. ‘50’ already has Rick atop the charts again, debuting at #1 on the Official Album Chart in the UK last week in a remarkable return for the artist. Rick wrote, produced and performed all of the instruments on this new 12-track collection, the title a nod to Rick’s milestone age. ‘50’ finds Rick returning to his musical roots, with a deeply resonant voice that soars over driving soul, reflective pop and gospel influences.

Rick and his band will come to the US for select intimate rare performances in August, more details to be announced soon.

The first pieces of ‘50’ appeared in early 2015, as Rick started penning new songs and structuring them in his home studio. With encouragement from old friends in the music industry he set forth on crafting this 12-song collection. Lead single “Keep Singing,” which has over 2 million views on YouTube, is a bold opening salvo: a powerful anthem that the BBC says “gives younger artists like John Newman and Sam Smith a run for their money.” The propulsive “This Old House” features a taut dance groove, a fuzzed bass line and quick, punctuated funk riffs. “Angels On My Side” is another powerful ode complete with joyful call and response choruses.

Says Rick: “‘50’ marks both a new chapter in my journey as an artist, and a return to the music I first fell in love with. I could not be more excited to share it with my fans, and take these songs, that have been years in the making, out of the studio and onto the stage.”

Rick Astley has left an indelible mark on pop-culture. With over 40 million records sold, and a catalog of hits, Astley remains one of the most successful solo artists to have emerged from the United Kingdom, holding the distinction of being the first male solo artist to see his first eight singles reach the UK Top Ten. Born in Lancashire, Rick was just 21 years old when “Never Gonna Give You Up” became the major hit of 1987. The single hit number one in 16 countries and propelled his debut album ‘Whenever You Need Somebody’ to worldwide sales of 15 million. Rick returned with new work in the early 2000’s and began touring again to acclaim and sold-out shows across the globe.

Rick has unveiled two music videos for songs from the album, “Keep Singing” and “Angels On My Side”: