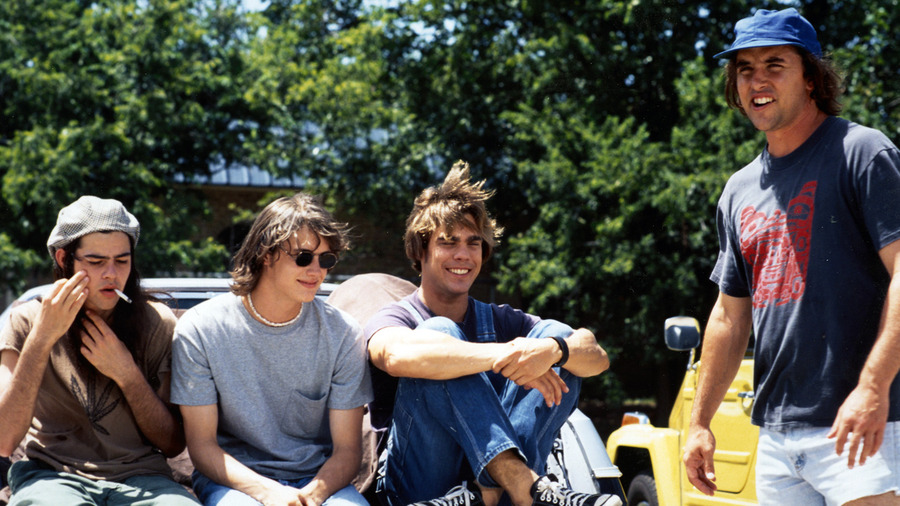 School’s out for summer! And what better way to mark this first day of the season than by revisiting Richard Linklater’s classic 1993 teen comedy Dazed and Confused. Set in suburban Texas in 1976 amid a haze of bong smoke and a sea of bell-bottoms, this summertime favorite features a knockout soundtrack and dynamite ensemble cast that capture both the desire and the ennui of youth. Before shooting began, Linklater, ever the music lover, put together a thoughtful series of mixtapes to get his cast into the mind-set of the film. You can check out the playlist of the songs Linklater included on those tapes, as well as the note the director wrote to his company to prepare them for the production. So turn up the volume and enjoy! 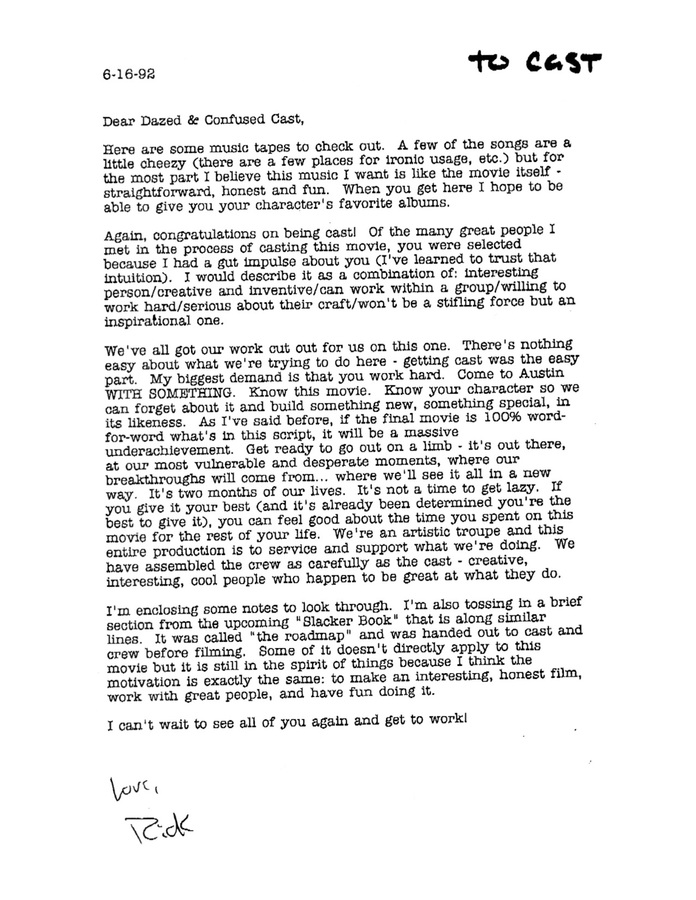