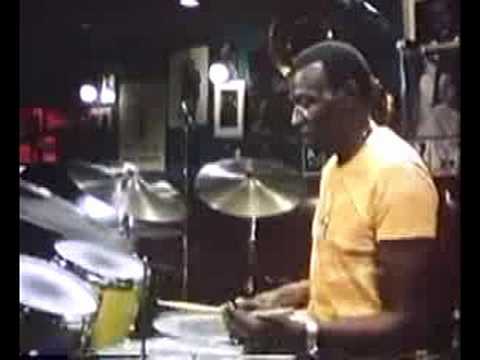 From 1960 to 1966 Elvin Jones was a member of the John Coltrane quartet (along with Jimmy Garrison on bass and McCoy Tyner on piano), a celebrated recording phase, appearing on such albums as A Love Supreme. Following his work with Coltrane, Jones led several small groups, some under the name The Elvin Jones Jazz Machine. His brothers Hank Jones and Thad Jones were also jazz musicians with whom he recorded. He was inducted into the Modern Drummer Hall of Fame in 1995.

Here in 1979, he’s playing full of gusto as when he was just starting out.