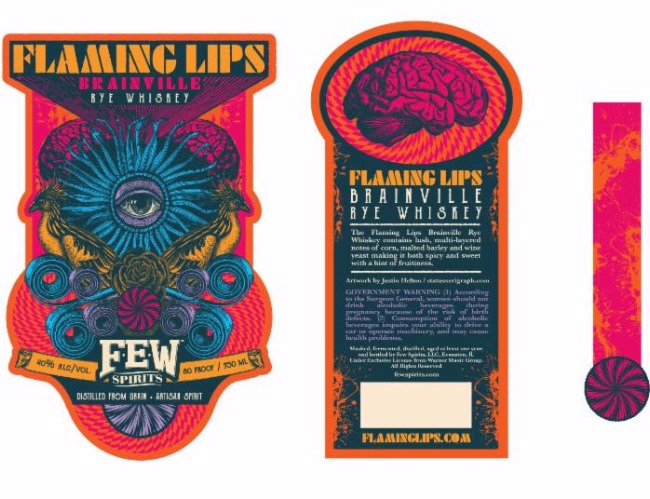 Wayne Coyne and his bandmates have teamed up with tastemakers at Few Spirits to create a special whiskey blend, called Brainville Rye Whiskey.

In a statement, Wayne jokes, “Whiskey… it’s such a volatile drink. Upon pouring a drink It’s like accepting that you may become a werewolf… And really… Who doesn’t want to become a werewolf ??? Ha…”

The 80-proof tipple is described as a mixture of “rye, corn and malted barley grown within 150 miles” of the company’s distillery in Evanston, Illinois, but the limited edition drink won’t come cheap – it will retail at $124.99 (£97) when it hits shelves in October (16).

Only 5,000 bottles of Brainville Rye Whiskey will be made.