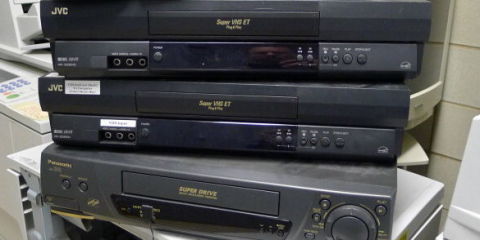 Even after they’re obsolete, technologies can take a long time to fully die out. It was only in 2011, after all, that the last typewriter factory shutdown. And now, at long last, it appears the videocassette recorder is suffering the same fate: Funai Electric, the last company known to make VCRs, is ceasing production.

Funai has a long history with the VHS format and VCRs. In 1980, it launched the CVC Player, the first ever compact cassette recorder, which attempted to compete with the more popular VHS and Betamax formats. Funai’s website notes that the CVC “attracted a great deal of interest when Japanese television broadcasters used these for a program on climbing Mt. Everest,” but they were no match for the more popular formats. In 1983 Funai started making VCRs of their own, applying technology used in the CVC, and haven’t stopped until the end of this month.