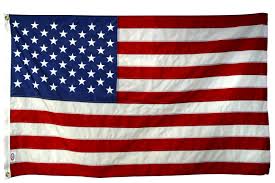 The global music streaming market is expected grow at a CAGR of more than 13% during the forecast period, according to Technavio’s market research.

Music streaming was launched in the UK and the US in 2003, and these regions account for more than 50% of the total revenue generated by the global music streaming market.

The music streaming market in the Americas is expected to grow at a CAGR of 9.49% in the forecast period. The US has access to superior music storage and streaming services with applications like Pandora, Beats, and Spotify. Countries like Canada, Mexico, Brazil, and Peru have been combining virtual music stores like Apple’s iTunes for purchases and free applications (8tracks, Grooveshark, Songza) for storage and music sampling. These applications offer a wide-range of playlists but come with ads and limited skip functionality.

“In 2014, applications and websites such as Google Play Music, Deezer, and Slacker entered the music streaming market to capitalize on the growing music streaming industry. These paid services also allow users to build personal libraries and playlists, provide recommendations, and save music downloads for offline listening,” says Ujjwal Doshi, a lead analyst at Technavio for research on media and entertainment services.

The music streaming market has been active for almost a decade in European countries such as the UK, Germany, and Sweden. However, in African nations, it is a relatively new development faced with numerous challenges like underdeveloped infrastructure, licensing concerns, and sourcing music from local artists. The music market in Africa has also been underserviced. Often artists have to represent themselves because they are not promoted and marketed by high-end banners and production houses.

The report, however, states that despite these challenges, the music streaming and downloading landscape of Africa is seeing increased competition from domestic players like iROKING, Spinlet, and Simfy, who are trying to establish themselves in the global scenario. Deezer allied with mobile phone operator Vodacom, the African subsidiary of Vodafone networks in 2015; Spotify is also reportedly in discussion with the company.

Piracy of music and related contents is a common menace in APAC, and the governments are trying hard to curb the situation. For instance, in 2012, it was found that more than half of the internet using population in Singapore accessed illegal download sites for free music and movies. The Chinese government is also undertaking several measures like blocking websites with pirated content to control the market. The government conducted a survey in 2014 to carry out this regulation, and they tested the acceptance of legal paid-internet music downloads among people. The results revealed that the population in China is not hesitant to pay for high-quality music streaming services.

“The success of music streaming platforms in APAC nations indicates that the market will see tremendous growth in the forecast period. The region is undergoing a mobile revolution. As of 2015, approximately half of the world’s mobile connections were in APAC, with 1.6 billion unique subscribers. Thus, mobile network providers are improvising their pricing plans to provide high-quality music at a nominal price to the users and to contribute to the market’s growth,” says Ujjwal.