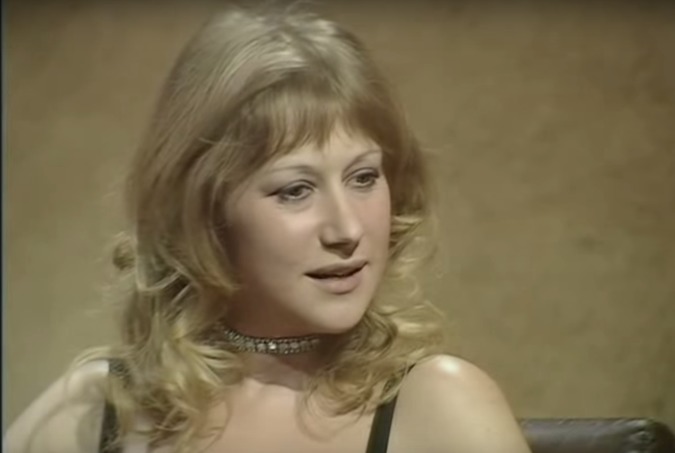 Even when she was a 30-year-old actress starting out, Helen powerful. In this 1975 interview, Mirren takes on British talk show host Michael Parkinson who asks questions so bizarre it would be passable for a cheap gossip site now.

It begins on an awkward note when Parkinson introduced Mirren as a “sex queen,” and then said, “You are in quotes a serious actress.”

“Because serious actresses can’t have big bosoms, is that what you mean?” Mirren asked.

“Well, I think that they might sort of detract from the performance,” Parkinson said with a laugh.

“What a crummy performance if people are obsessed with the size of your bosoms more than anything else,” Mirren said.

And you wonder why some actresses don’t like doing media.