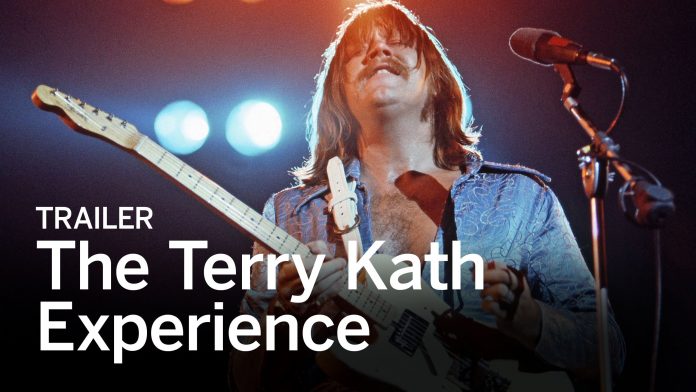 Terry Kath Experience : A Daughter’s Journey is a documentary about a daughter discovering the legacy of her father, the late Terry Kath. Kath was one of the founding members of the band Chicago whose powerful guitar playing and husky, melodic voice has been praised by such icons as Jimi Hendrix, Joe Walsh and Eric Clapton. Before discovering his full potential as a guitar icon, Kath’s life ended tragically at age 32.

Terry’s daughter Michelle was only two years old when he passed only knowing him through his music and stories from her mother. After discovering a box of memorabilia Michelle sets out on a journey to get to know her father and to search for his iconic lost guitar. In this documentary, Michelle interviews her dad’s family, bandmates, and good friends, as well as prominent musicians, to piece together the life of her father, one of the great unsung rock legends on the 1970’s.

Michelle says, “The idea to make a film about my father came to me many years ago when, in looking through old photos of him, I realized that I didn’t know his full story. I’ve since learned that his is the quintessential story of an all-American boy raised in the midwest, who, at a young age, picks up a guitar, falls in love with it, and goes on to become a famous 70’s rock star. With all the highs and lows that come along with success, my father’s life ended suddenly before my 3rd birthday. My journey of discovery began with the first interview. I could only have dreamed that making this film would bring me this much closer to my father and would help me better understand the man he was and the decisions he made. Meeting these people and hearing their stories are memories that will stay with me forever. I am forever grateful to all that have helped me to take this journey and to discover this man.”