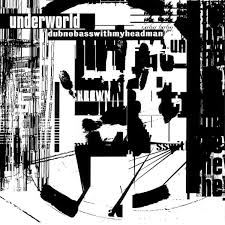 I love Underworld. The second version of them, not the Change The Weather-era, but then, who does? And I don’t mean that as a slight. It’s just their electronic Underworld just happens to be so stunning, it blew anything else they could have ever done in their wake. I’m always fascinated by artists who make a striking move, a dash across a new terrain with bravado, or skill, or fear, just to see what’s on the other side. Karl Hyde did one of those moves.

Do you remember one record that flipped the switch for you guys, something that made you understand this other world of dance music that was going on while you weren’t paying attention?

It was actually house on pirate radio. In the late ’80s, when we were making the second album [1989’s Change the Weather], we were hearing pirate radio. And the pirate radio stations were playing acid house.

Acid house, to me personally, was like the first time I had heard Tangerine Dream, the first time I had heard Hawkwind. These very long, soundscape-y, rhythm-driven, almost electronic orchestral pieces. And that’s what acid house sounded like to us, to me. It was like, “Oh my God, this is like the fruition of all the music I ever loved as a kid.” And it’s a massive movement.

And it’s underground, and yet it’s huge, it’s completely outside a culture. Revolutionary, really. Because it was self-sustaining, it didn’t need the music industry. It was pulling in tens of thousands of people. It was selling really large quantities of records, and yet, it wasn’t even showing up in the charts. It was fantastic.

Shortly after that, we were taken to our first rave, and that completely sealed it for us. Because there we were seeing an audience that wasn’t looking at the stage. There were no lights on the DJ, none at all, they were all on the audience. The audience was the main act. And then in other rooms, there were bumper-car rides, and different videos being played… it was like the ultimate Pink Floyd gig. And it just felt like we were completely on one side of it. I wanted to be part of it.

But it was Rick who had finally had enough, when we got dropped the last time [afterChange the Weather] by Sire. He just said, “I can’t [be in this version of Underworld] anymore, I’ve got to follow my heart.” And that’s where he took us, very clearly, into clubland.