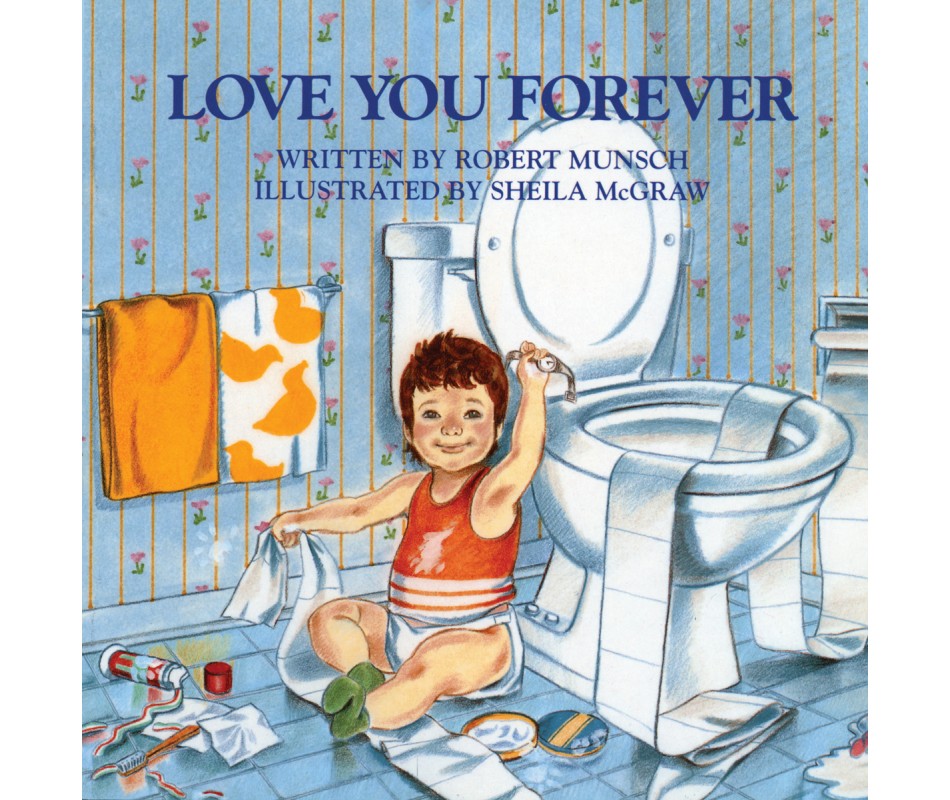 So begins the story that has touched the hearts of millions worldwide. Since publication in l986, Love You Forever has sold more than 15 million copies in paperback and the regular hardcover edition (as well as hundreds of thousands of copies in Spanish and French).

You’ve read it. I’ve read it. And Robert Munsch has revealed on his website what the book is really about. Be prepared.

Love You Forever started as a song.

“I’ll love you forever,
I’ll like you for always,
as long as I’m living
my baby you’ll be.”

I made that up after my wife and I had two babies born dead. The song was my song to my dead babies. For a long time I had it in my head and I couldn’t even sing it because every time I tried to sing it I cried. It was very strange having a song in my head that I couldn’t sing.

For a long time it was just a song but one day, while telling stories at a big theatre at the University of Guelph, it occurred to me that I might be able to make a story around the song.

Out popped Love You Forever, pretty much the way it is in the book.

My regular publisher felt that it was not really a kid’s book and I ended up doing it with another publisher.

“Grownups are buying it for grownups!”

As a matter of fact, everybody buys it for everybody. That’s why it sells a lot of copies. I think it’s my best book. So far it has sold about 15,000,000 copies.

Everybody makes up their own song for this book. I would like to put different versions of the song up on this site, now that the site has sound on it. If you send me your version, either as a tape or an audio file or a MR3 file, I will try to put it up in the LOVE YOU page. If lots of people send me their versions, I will not be able to put them all up, but I would like to hear them even if I can’t put them on the site.

The way I sing it in the story is just MY version. You are supposed to make up your own.