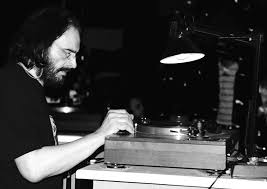 David Paul Mancuso created the popular “by invitation only” parties in New York City, which later became known as “The Loft”. The first party, called ‘Love Saves The Day’, was in 1970. Mancuso also helped start the record pool system for facilitating the distribution of promotional records to the qualified disc jockey. Elements of Mancuso’s influence can also be seen in the famous nightly scene outside of New York City’s Studio 54, where legendary owner Steve Rubell understood the appeal of selectivity and took Mancuso’s “invitation only” idea and expanded it to ridiculous, and ridiculously effective, extremes. Some nights Rubell would famously keep almost everyone standing outside and only admit 100 patrons or so. The effect was to make admittance to 54 even more sought after, increasing the club’s popularity exponentially over the course of the mid and late 1970s.

From the beginning, your parties were designed to bring people together.

I was very frustrated. A lot of times I wouldn’t enjoy things about going to certain places, from the soundsystem to the door policy. I was able to prevent that, and by having a certain way of doing things, we promoted social progress.

To this day, there’s no dress code. There’s no age control. You don’t have a liquor license. Once you have the different economical groups mixed together, the social progress starts to kick in. You have people from all walks of life coming together.

The music also had a lot of crossover. We had all kinds of music being played, from one end of spectrum to the other, and people found out that, “Hey, I like Led Zeppelin and I like James Brown.”

People just want to have a good time. They want to feel safe and have a good time. That’s always rule number one for a place, to be safe. But it’s more than not just doing things like overcrowding, it extends all the way down to protecting the ears.