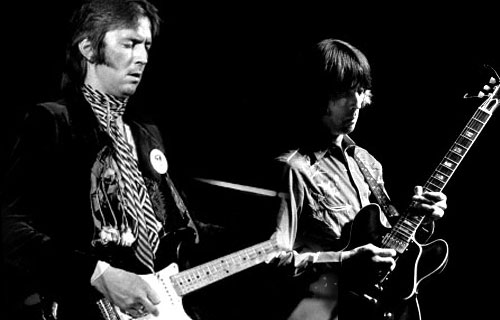 Celebrating his 70th birthday last year, Clapton wrote a heartfelt note in the program that began “I swear this is it, no more…..I know I’ve been threatening retirement for the last fifty years, but I didn’t think I’d ever really want to stop. I love what I do and always have done, but over the last few decades I’ve found what I was always really looking for, a loving family who love me just the way I am, which means I can relax and rest when I need to, and more and more I treasure the beauty of that….” The letter went on to say, “Hopefully, I might be able to remember and breathe some life into this old stuff…. in truth believe me, with these great guys to play with, I’ll be having the time of my life!”

Having said that, Eric Clapton announced today his only North American shows for 2017, a series of concert dates at two famed venues: New York’s Madison Square Garden and Los Angeles’ Forum. The shows will be a celebration of 50 years in music and just as many decades performing at these two legendary venues. Legendary guitar players Gary Clark, Jr. and Jimmie Vaughan will be special guests at the shows.

This celebration of Eric Clapton’s iconic career is the latest initiative in a series of exclusive partnerships between Chase and Clapton that originated when Chase became the presenting sponsor in support of the 2013 Crossroads Guitar Festival. More recently, Chase offered its customers an exclusive free iTunes download of Clapton’s newest album, “I Still Do”.

For the two shows in each city, Eric will be accompanied by his band members Walt Richmond, Steve Gadd, Nathan East, Chris Stainton, Sharon White and Michelle John.

Tickets for Eric Clapton’s four North American shows presented by Chase will be offered as an advance sale to Chase customers beginning Thursday, December 1 at 12:00 pm EST via ticketmaster.com through Friday, December 2 at 11:59pm EST.