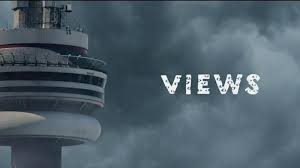 Apple has unveiled its Best of 2016 lists, celebrating the best and most downloaded apps, music, movies, TV shows, books and podcasts across the App Store, iTunes and iBooks.

On Apple Music, Drake dominates the top song and album spots with “One Dance” and Views, respectively, while the Hamilton soundtrack is also a top-selling album. The Chainsmokers have two of the top 10 songs this year, and music fans still can’t get enough of Adele’s 25, Rihanna’s ANTI and Frank Ocean’s Blonde. The Beats 1 team will be counting down the biggest songs on the station in 2016 with a special Best of Beats 1 show on December 7. The Best of Beats 1 playlist will also be available on Apple Music and feature Christine And The Queens, Kiiara, The 1975, Kanye West, Solange, The Weeknd, DJ Khaled and more.

Here are the Singles and Albums that had the top sales on the iTunes store in Canada in 2016.