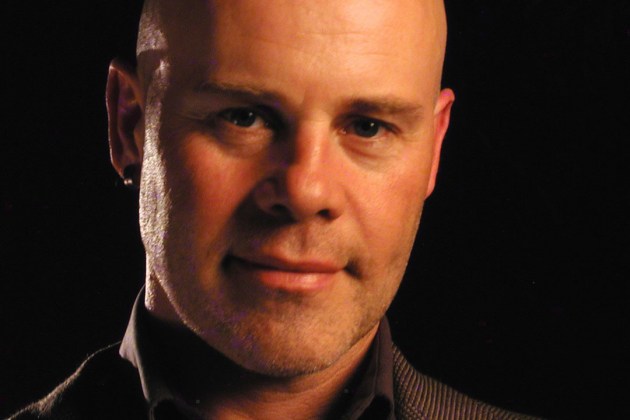 Thomas Morgan Robertson, known by the stage name Thomas Dolby, is an English producer, and one of the most influential musicians of our era. His hit singles include “She Blinded Me with Science” from 1982, and 1984 single “Hyperactive!”. He has also worked in production and as a session musician, as a technology entrepreneur in Silicon Valley, and as the Music Director for the TED Conference, and is now a Professor of the Arts at Johns Hopkins University.

Tell me about working with Mutt Lange and Foreigner on the 4 album. You spent a month with them, which had to be quite an interesting experience, spending that length of time in the trenches with one of the bands that was really at the top of the “corporate rock” heap at that point.
Thomas Dolby: Up until that point, I’d never spent more than about 10 hours at a stretch in a professional recording studio, and then I was watching the clock because I was paying for it. So to have the luxury of being up all night at Electric Lady most nights of the week with any keyboard that I chose to hire from S.I.R., that was certainly a real thrill. I think especially the band themselves didn’t really know what I was putting on their records. During the day, they were doing vocals with Lou Gramm, and they would leave me at night or put me in the other studio working on my own with a relief engineer. And then they would come in and they would say yay or nay to the stuff that I’d done. I remember specifically, when I created the intro to “Waiting for a Girl Like You,” I’d done it with a technique that I’d long been hoping to try out, which was basically just to sort of build yourself a Mellotron by recording a sustained note on each track of the multi-track and manipulating them in a wave to create combinations of harmonies. I’d been longing to do that for years, and I actually got to do that one night at Electric Lady and put it on the intro of “Waiting for a Girl Like You.” The band came in in the morning and I played it for them, and there was sort of a silence and then the bass player said, “It’s a bit like massage music, isn’t it?” [Laughs] But to their credit, Mutt Lange and Mick Jones got it and it was very un-Foreigner-like in a certain way. It was certainly unlike anything Foreigner were famous for up to that point. I got a big thrill when, six months later, I’d be driving and there’d be an AOR radio station and on would come my “massage music,” 15 seconds of it before the groove kicked in.